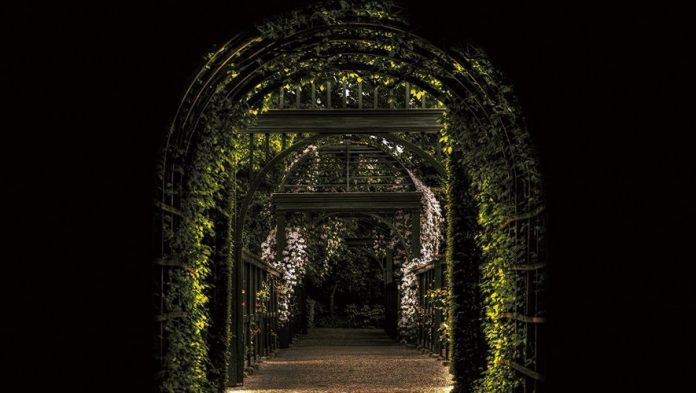 We all come to music in a different way and for diverse reasons and our tastes change and if we care lucky, mature over the years but as they say you always remember your first and this is why Don McLean will always be part of my adolescence, his conceivably most enigmatic song `American Pie` was the first vinyl single that I bought in 1971, an odd choice as I was heavily into Slade, T Rex and David Bowie at the time. To this day I can almost sing word for word the wonderful lyrics. So, it was with a measure of respect and trepidation that I approached his new release ‘Botanical Gardens’, his nineteenth studio album and first in eight years. McLean says about the new offering “The inspiration for the project started years ago when I would walk in the beautiful gardens in Sydney Australia near the Opera House. I would dream young dreams and it was a comfort and an inspiration. I was always young inside, like we all are, and I felt it again there.” Further reflecting on the record, he says, “the whole album really revolves around the title song. Later, I realised that the gardens are really a metaphorical heaven, and there’s a kind of death and rebirth.”

Title track “Botanical Gardens” opens the album and it`s a reflective, gentle introduction, a mid tempo country tinged rock n roll track. A very upbeat song about, yeah, a guy who`s lucky enough to meet a woman who ticks all the boxes follows with “The Lucky Guy.” A tune that will have people up and jiving away to this fifties tinged submission. “Total Eclipse of the Sun” is musically a remote quite distant piece about meeting an old romantic acquaintance, many years after a distressing breakup and how they still have an overwhelming effect on the narrator. There were some nice guitar interludes during this tune.

The next number is a bit of a throwaway with “The Waving Man” before we have “When July Comes” quite a deep and philosophical ballad reflecting back on life and really how short it is but worthwhile with the right partner and “You`re All I Ever Had” a song in a similar thoughtful vein but a little more stripped back and moving, “Rock And Roll Your Baby” is what it says on the tin a real rock out with lyrics allowing the listener to sing along. An almost ragtime song “I`ve Cried All The Tears I Have” tells again of romantic heartbreak and this, with the following song “Ain`t She A Honey” really reminded me of the wry and quirky pop songs written and sung by Randy Newman. Quite mordant and sardonic in nature. “The King Of Fools” continues the theme of love and loss with an expansive musical backing. A country ballad follows with “Grief And Hope” a song that left me thinking of the legendary Willie Nelson. The second to last track “You`ve Got Such Beautiful Eyes” is an easy listening number with a slight swing feel about it. The album is closed out with a very personal number looking back on a life passing and reminiscing about the passage of time, with the Insightful “Last Night When We Were Young”

If reports are to be believed this American Troubadour has a new love in his life and this has reflected in this new release from one of America’s most beloved country artists. The album is very Intimate, with the artist penning some personal numbers as well as his observations on youth and love. It weaves Country, Americana, folk, and some stomping rock out moments on this release, This true legend put out his Magnum opus or masterpiece as a twenty-six-year-old, with the classic American Pie and that unfairly put a marker down, that he is judged against. It`s clear that even before selling the manuscript to the single American Pie for over a million dollars. this singer songwriter doesn`t need to work but at 72 he still has the desire to share his innermost thoughts. It`s a diverse release with some great and some not as perfect moments but for that, worth a listen. The guy is happy, and I’m delighted that he`s contented enough to share his thoughts and music with us. I`d rather he`s still active than inactive. Never a classic but still a worthwhile listen. Thankfully with this release it isn’t going to be, to paraphrase the fella “The Day The Music Died”.