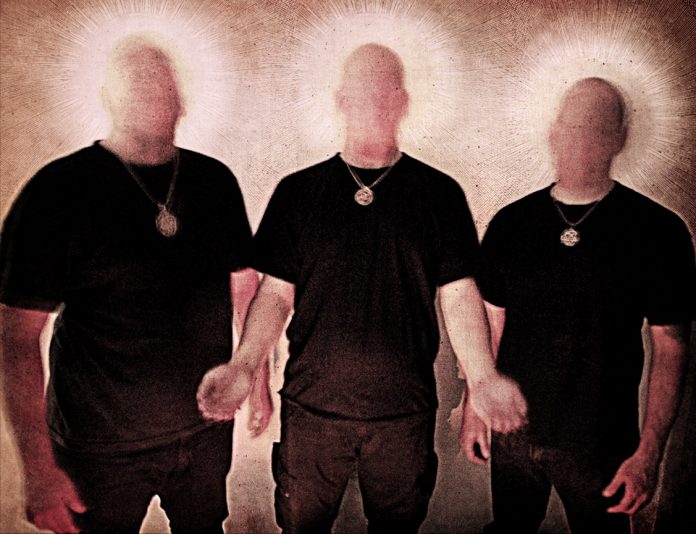 They don’t follow, fashion, dogma or anything else. They are IGNIS HAERETICUM and they’ve got a purpose on this earth. Crikey

M.H.DCXVI formed initially under the name of Demogorgon. Then they say: “This idea gets stronger with the insertion of Fr. S.D. and Fr. D.M. in the year MMV, triggering the first sound manifestations. After two years of work is incorporated, Fr. T.VHMNS completing the first official lineup.”

It was decided to rename and reborn under the name of IGNIS HAERETICUM, which they say is “a more faithful and suitable expression which embodies of the philosophical and ideological vision of the band.”

The first aural manifestations are revealed by a demo cd called “Prognatus Ex Astrum Flammeus”, a single named “Under the Splendor of the Forbidden Light” and a Split cd “Dark Rites of Human Desecration” released in MMDXI, condensed here the work done during the first years.
In MMDXII,

then they changed line ups (we think this is what this means anyway -Ed) “The entity known as Fr. S.D. ceases to be part of our cause because the light of the Lord no longer glowed more within him. leaving with this current formation, the Luciferian Trinity:

Claiming they are “Devoid of any ego, IGNIS HAERETICUM is embarks on a path of no return with the release of the first album “Luciferian Gnosis” where its sole purpose is to spread the word of the Lord and open the doors of the abyss of madness.”

Or in the final words of Fr. M.H.DCXVI :
“We’re just a channel, the messengers of something much bigger than ourselves. Our sole purpose is to spread the word like a plague on this barren land; We don’t care if you share it or not. We don’t follow any fashion movement, dogma or any material tether, we simply are in charge to carry this message to those who are disposed and prepared to receive it.”