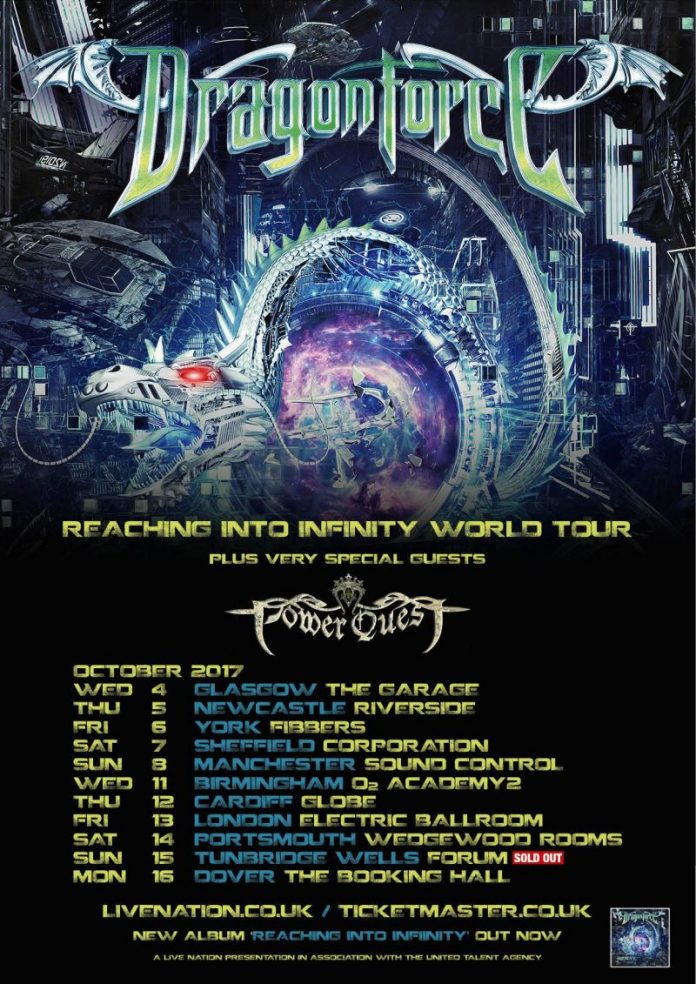 To infinity, or beyond?

As Johnny Rotten once famously said, “ever get the feeling you’ve been cheated?” MV was at Power Quest’s last ever gig a few years back, and yet here they are. We jest, of course, christ, we’ve seen Thunder’s “last gig” about five times, and crikey it’s good to have the boys back. Line-up changes mean it is more or less a new band anyway, with singer Ashley Edison making good on the talent he showed when in Dendera. The band are rightly infused with energy, given their new record is out this week and the single “Kings And Glory” crackles. Resolutely metal to the very end, there is nothing remotely introspective about PQ . Since the day main man Steve Williams formed the band when leaving an early incarnation of tonight’s headliners, they haven’t bothered with demur. “For Evermore” seems apt here because the boys are always going to be on this, well, quest. “Magic Never Dies” is fun and “Far Away” soars, indeed, when they are preaching to the converted as they are here, Power Quest have always been a mighty proposition.

Sometimes, you just gotta start at the end, and honestly, it’s hard to know if Marc Hudson is joking or not. “Well, we’re at the last song. No prizes for guessing what it’s going to be. How many of you are here for just one song?”

With that the band – who are grumpy because drinks haven’t been brought onto the stage (they are by an audience member in the end) – are into “Through the Fire and Flames” and the problem for them is clear. It is a brilliant song, the Guitar Hero exposure made them a little more famous too, but it’s nowhere near their best material, and arguably it doesn’t represent them as much as it used to.

MV first saw the band at a Black Crusade event almost 10 years ago. They were young and it was knockabout fun, the outfit were as likely to trip each other over as they were to play a million miles an hour solo. These days they have an astonishingly good epic cut called “Edge Of The World” which is the pinnacle of the, shall we say, “new Dragonforce” and it is the highlight here too.

Not that they are unhappy to mine their past on this nearly two hour set “Heart Of A Dragon” proceeds “….World” and sounds superb, similarly “Operation Ground And Pound” is wonderful pomposity of the highest order, and when they are this good they remain fire breathing behemoths.

Personal taste dictates these things, though, and MV doubts we are the only ones who don’t especially relish drum and guitar solo’s even when they are played by such obviously gifted musicians as this (this one is enlivened by Hudson joining Frederic Leclercq for a unexpected bluesy romp), and as good a song as “Cry Thunder” is, it perhaps was dragged out a little too long here.

The encore shows they have lost none of their adventurous side, either. Oldie “Valley Of The Damned” gives way to a metal version of “Ring Of Fire” before the curtain is brought down in the only way it was ever going to be.

Dragonforce remain the one of the best metal bands on these shores, just as they always have been and whether they like it or not, they are going to be playing “Through The Fire And Flames” for many years to come.