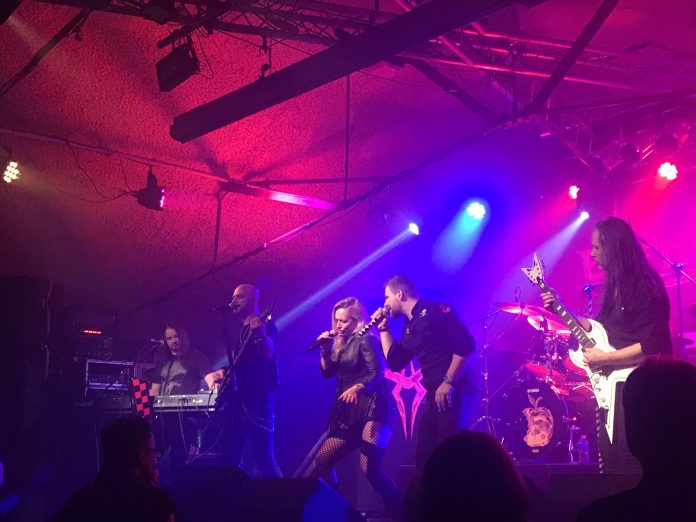 “This song is about touring,” says Robin Ericsson. “It’s no fun. There’s a lot of smell….and no sex”.  Leaving aside the fact that basically sums up my life, “Tomorrow” which follows, basically sums up Degreed. Melodic, but with a crunch, but crucially, played by a load of blokes who clearly love what they do. The Swedes look like they are happy to away from the tour bus throughout. New song “Ruins” is a mighty thing, “If Love Was A Game” brings the idea of power balladry back, while “Shakedown” and “The Scam” switch gear for a much faster end. The crucial thing, though, is that this is sweaty and fun by the end – goodness knows what the bus will smell like, though. 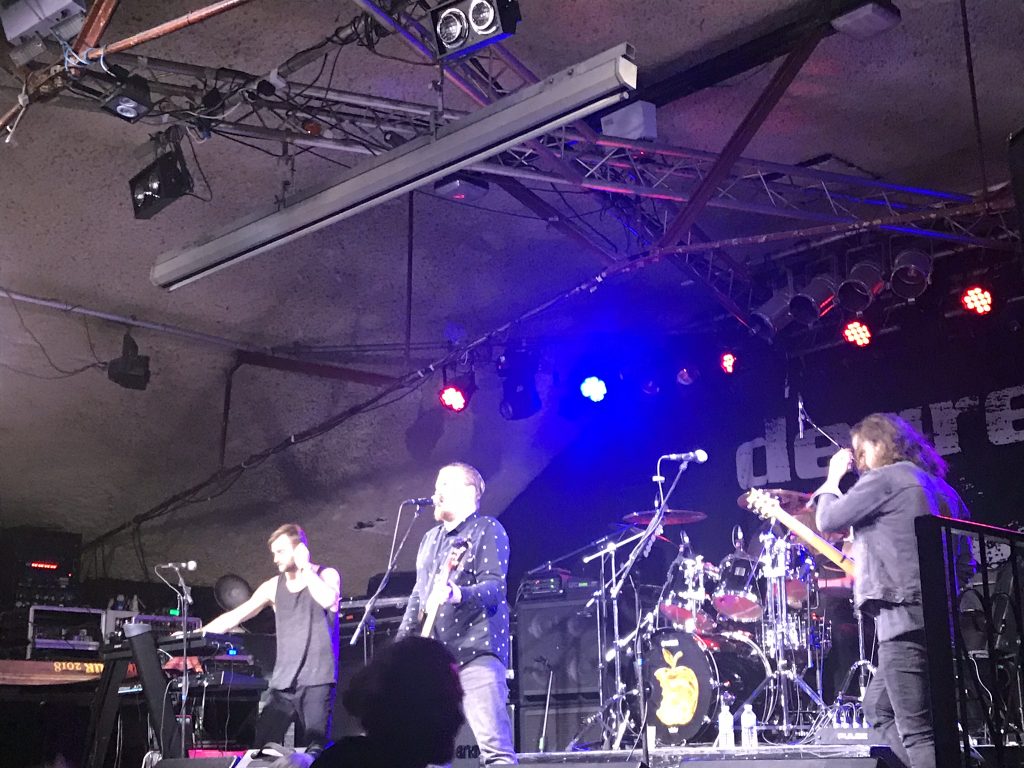 Mob Rules might have celebrated their 25th anniversary last year with the “Beast Reborn” record, but this is their first UK tour. Singer Klaus Dirks – who, in his top hat, looks something like a demented Heavy Metal Alice Cooper – seems especially pleased about this and their 45 minutes is one which makes up for that lost time. “Black Rain” is steeped in all the greats, but the wonderful thing about Mob Rules (and indeed all the bands on this bill) is that they know this and understand that too) “My Kingdom Come” is a little more epic and atmospheric, and if you’ve waited all night for a fists in the air thing to happen, then “Children’s Crusade” ensures you wait no longer. “On The Edge” exemplifies what a fine band they are, and whilst “Hallowed Be Thy Name” isn’t a Maiden cover, it still is as metal as Eddie The Head’s codpiece. So are Mob Rules. 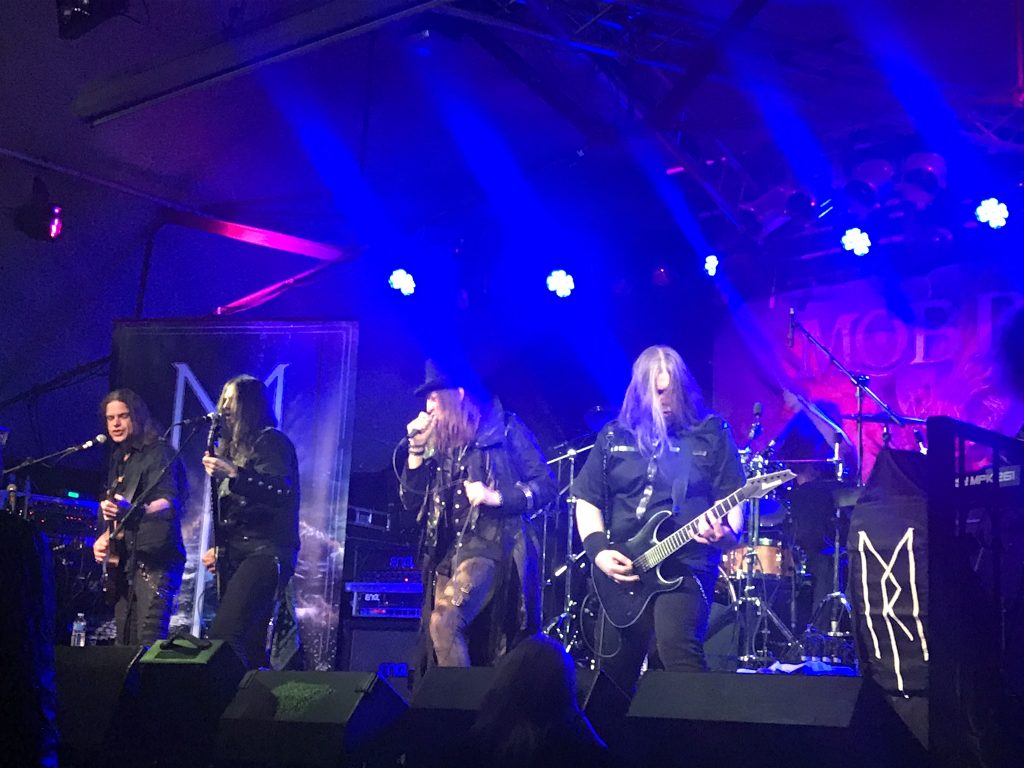 The first time I saw Eden’s Curse, was a little up the road from here, opening for Dream Theater at the Wolverhampton Civic Hall. It was one of the great gigs, it really was, but there was a moment when DT singer, James LaBrie, came out on stage with the support to sing “No Holy Man” and you predicted a breakthrough.

If that never quite happened, then last years “Testament” Best Of record rather neatly proved how many good songs Eden’s Curse had gathered in their decade.

So it is, that this is an album show – with a difference. Here, they play “Testament” in order. Which allows the colours and tastes of their back catalogue to come through.

Slightly epic, but never full on parping Power Metal is how I’ve always thought of Eden’s Curse. “Symphony Of Sin”, the even better “The Great Pretender” and “Black Widow prove that.

And if, for me anyway, “…..Man” will always be the “wow” moment, the dip back into the first record, for “Fly Away” prove that they’ve always had the consummate skill.

The professionalism, too, can’t be questioned. In “Jerusalem Sleeps” singer Nik’s mic breaks. Lesser bands would panic, not here. Instead, main man Paul Logue takes over and all is saved for a few seconds.

Helen Hurd joins them for “Unconditional” (she’s back for the encore of “Angel’s and Demons” too) but it is, perhaps, “Evil And Divine” that shows their sound best. The battle maybe, between good and bad, metal and melody is shown here – as it has been all evening.

Confident, classy, and above all fun. Those words not only apply to Eden’s Curse here, on a night that showed all that was good about melodic metal.