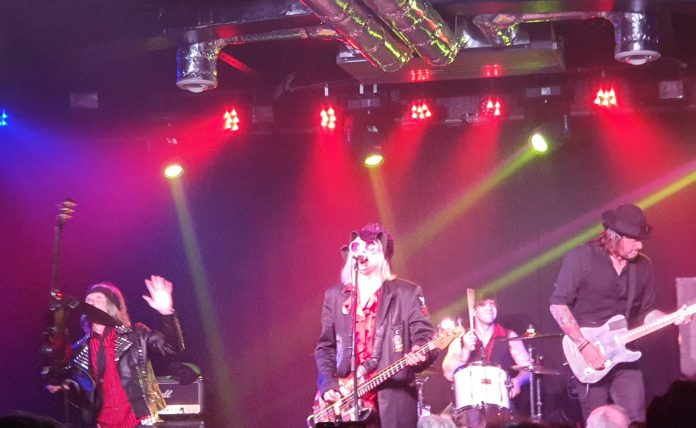 Last Great Dreamers do their thing as always. Except tonight there’s a key difference. Frontman – and one of two original members – Marc Valentine isn’t here, to be replaced by a cuddly toy version on the drum riser, like a re-enactment of Iron Maiden and Sooty. The result is a very different show from the temporary three piece, not least because Slyder takes the vocals himself. This means a different set of songs to what you normally see. What can’t be altered, though “The Way We Collide” is almost perfect glam tinged pop music, while the more punky “Turn It Up” (Tim Emery on bass seems to bring a natural punky element to things) has some intent. The handful of ones they always play these days “Glitterball Apocalypse” (and maybe its just me but I can’t hear the pre-chorus without thinking of Baddiel and Skinner’s “Three Lions”…..) and “Primitive Man” have a different dynamic, but even here, there is a real quality to the tunes. The latter is a plea for the analogue age to return, it won’t but in many ways, Last Great Dreamers are doing all they can to keep it alive. 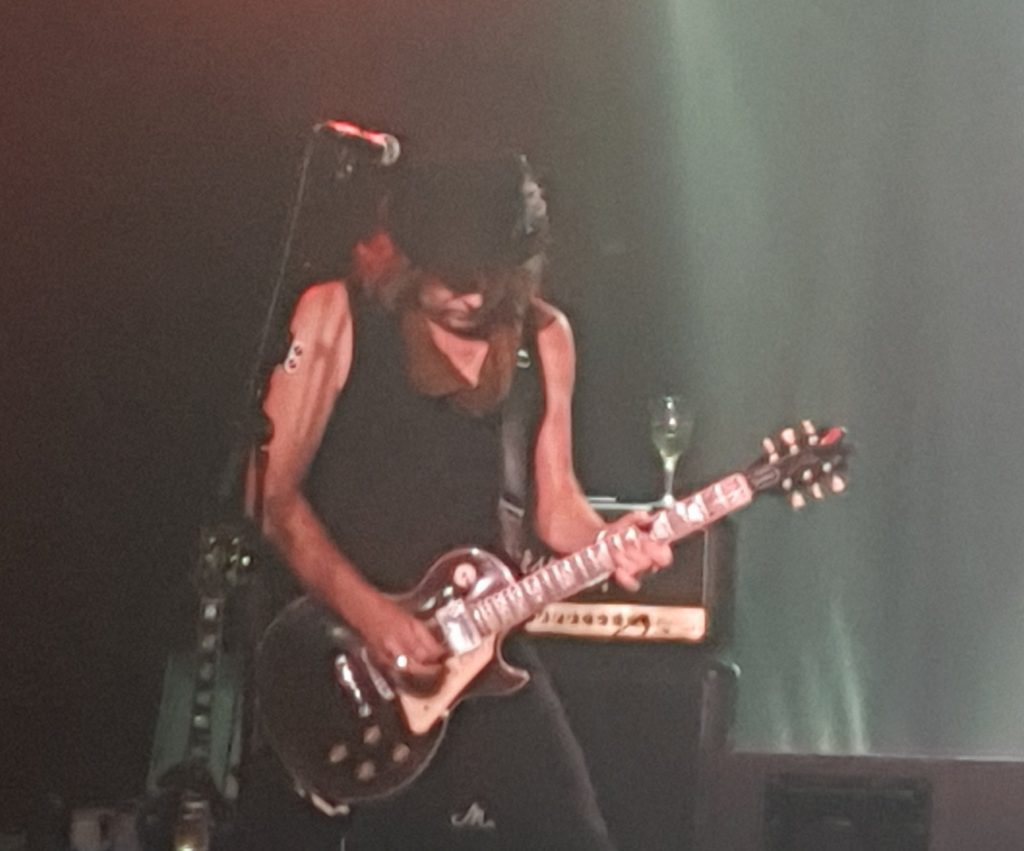 What does the phrase “rock star” mean to you? To me, these days, it always conjures up images of Keith Richards, Lemmy, Phil Lynott. But, back in the day it used to mean Brett Michaels, Sebastian Bach and all the rest.

It’s an interesting debate that is rendered rather superfluous within about 15 seconds of Chipz Enuff marching out on stage, in a red flouncy shirt, red shades and just about the coolest jacket you’ve ever seen, and screaming “it’s showtime motherfuckers!”

Now, the point here is kind of two-fold. It is showtime, and for 90 minutes, this version of Enuff Z Nuff put on a great one. And second, it doesn’t even matter that this show is in rather non-descript West Midlands town to a crowd of about 100, in Chipz mind he’s going to treat it like its Madison Square Garden – and frankly, you have to love and admire that beyond measure.

This version of the featuring the rather mad genius of Alex Kane, ex of Anti Product. I used to follow them around like a lunatic in the late 90s – and Clam Abuse, who even for a band involving Ginger Wildheart, were mad, and they are here because they love touring obviously, but also about a year ago the band put out an album that was absolutely brilliant.

Luckily, Chipz clearly likes it as much as the rest of us, and merrily packs the set with a good number of them. One, “Metalheart” even opens it, before a simple yell of “Kiss this!” from the singer and he’s into “Kiss The Clown” one off that debut record from 1989 that in our minds at least, as kids, put EZN right up there with Skid Row, GnR and all the other bands we loved at the time.

They were different, though. They still are. That’s why for all that they come here with a back catalogue they are here with things to say like last year’s title track, the more psychedelic “Where Did You Go?” and the seldom played “Wheels”.

Enuff is proud of his past – and rightly so – as he puts it here: “what better way to follow up a hit single than with another one?”, but he’s just as happy covering “Gene Jeanie” as he did earlier, or playing the still sadly relevant “The World Is A Gutter” towards the end.

Why? Well, it seems to me that whilst he loves being a rock star – and who wouldn’t – for Chipz Enuff, it’s always been about the music