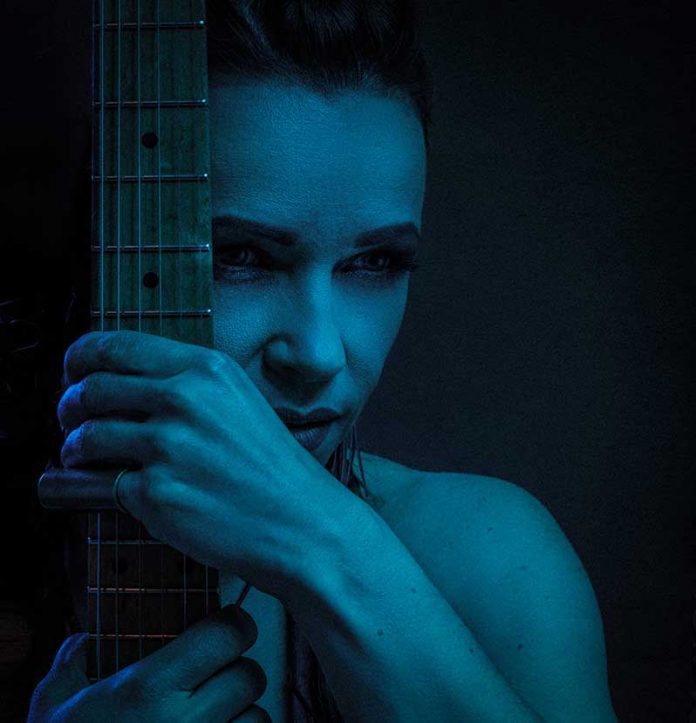 European Blues Award winner Erja Lyytinen will release her brand-new studio album “Another World” on Friday 26th April via Tuohi Records. The best musicians are masters of reinvention. Bob Dylan’s electric revolution at Newport Folk Festival. Radiohead’s bold rebirth with Kid A. Robert Plant’s fearless escape from the shadow of Led Zeppelin. To that list of trailblazers and rulebreakers, add Erja Lyytinen. For seventeen years, we’ve known her as the award-winning slide goddess whose heart-and-guts songs have shaken the blues-rock scene. But as the Finnish bandleader confirms with latest album Another World, we’ve only scratched the surface. “The album title is the idea of stepping into a new territory, musically and spiritually,” she explains. “Walking towards a new land of musical ideas, not being afraid to express myself. This album is open-minded, curious and empowering.”

The Finnish slide-guitarist returns to the UK for a nationwide 12-date tour including dates in Brighton (March 18), Sheffield (March 21), Glasgow (March 23), London (March 26) and Birmingham (March 28). Tickets for all dates are available now viawww.solidentertainments.com or from the Box Office (no booking fee): 01472 349 222 (Mon-Fr: 9am-5pm).

In a cynical world where manufactured bands stick to the formula, Lyytinen has always broken through the boundaries of genre. This is an artist capable of flowing from the primal blues of international debut “Pilgrimage” (2005), to the orchestration of “Voracious Love” (2010) and the soulful Elmore James tributes of “The Sky Is Crying” (2014). But following the shattering breakup that fuelled “Stolen Hearts” (2017), Lyytinen found herself tearing out the page and writing a new chapter. “While Stolen Hearts was made during tough times,” she reflects, “Another World is like spring, bringing in new fresh life and hope. The whole album is rockier and funkier, with elements of blues, pop, hard-rock, prog-rock – one song even has an Irish vibe.