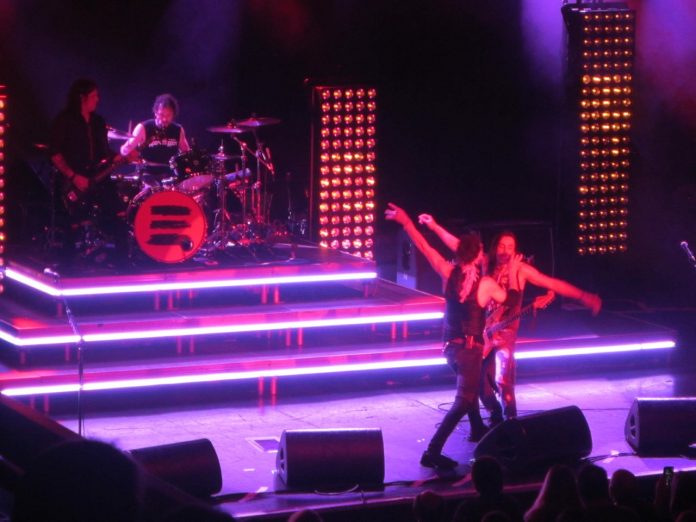 How to play an arena rock show to a couple of thousand people.

If you could handpick a support band for Extreme, you’d probably go for Dan Reed Network. That perhaps explains why the Academy is so packed when the very same Dan Reed Network take to the stage. It could be, though, that like MV people remember these songs – and this band – with such huge affection. The Oregon based bunch put out a new record last year, but only one of them – “Champion” – finds its way into the 45 minutes here. The rest is made up of some glorious nostalgia. And “glorious” is the right word too. There is a glee about the way Reed and his old mukka’s Brion James and Melvin Brannon II deliver these songs that suggests they are going to relish what they might see as a second chance. They always were polished, but now they are both polished and fun. “Cruise Together” provides a strident opening, “Forgot To Make Her Mine” has a chorus that many would kill for, and “Rainbow Child” is precisely the reason DRN were so very nearly massive. “Ritual” was, in 1988 a superb song. Almost 30 years on it still is, and as it ends things here with “Get To you” following, the return of Dan Reed Network is a joy to behold. “I’m Justin Beiber” Reed jokes in the band introductions. In 30 years time the songs of Beiber won’t be remembered as fondly as these. 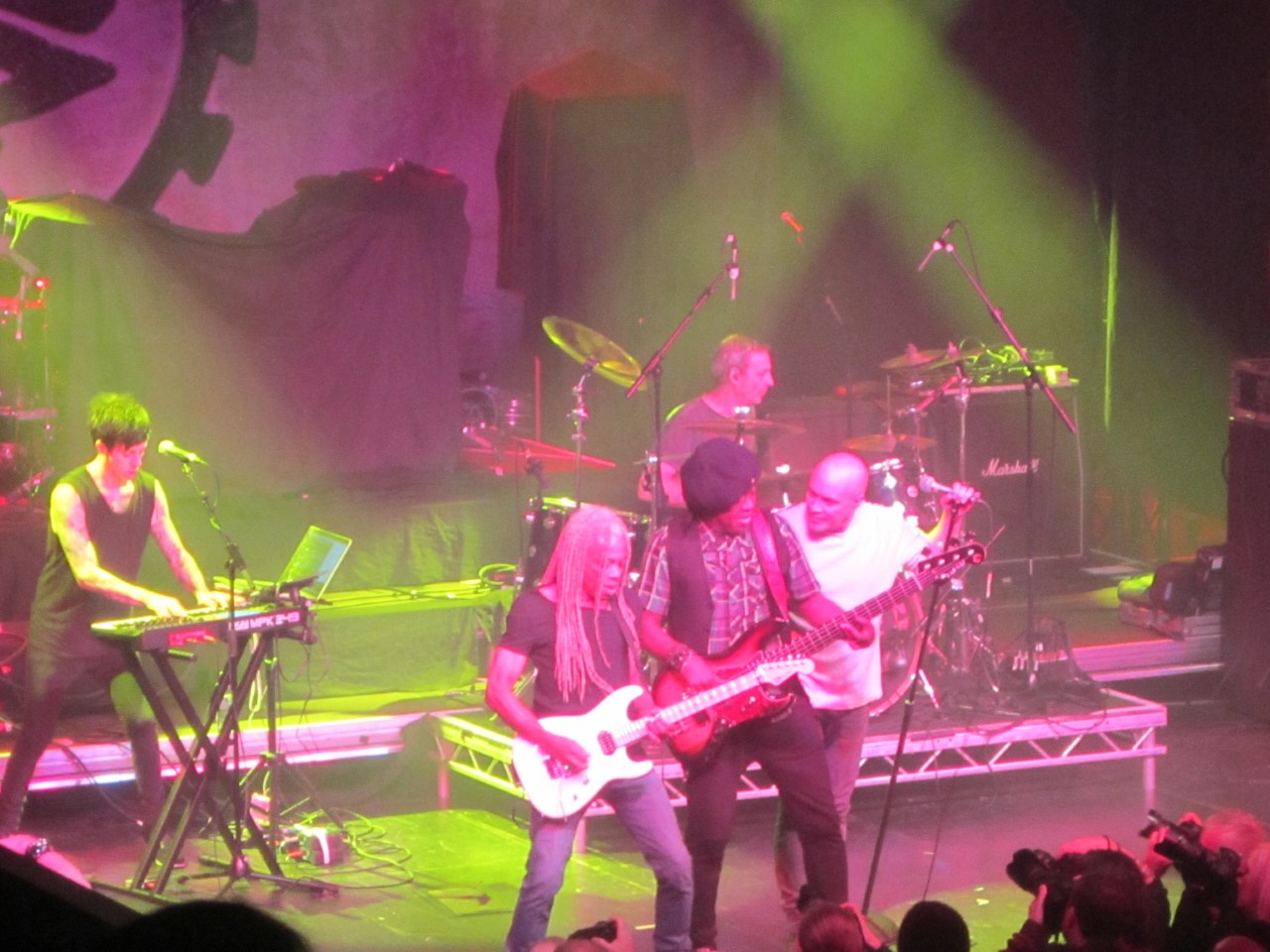 If the fact that DRN’s debut is three decades old is proof that we ain’t none of us getting any younger, then consider this and get scared. Halfway through Extreme’s mammoth set tonight there was an acoustic section. One of the songs they play in it is “Tragic Comic” from their brilliant third album. “III Sides To Every Story” is, notes singer Gary Cherone, 25 years old this week.

Which means that Extreme are a classic rock band these days. One which attacks the Birmingham Academy as if it was an arena too. Cherone is made to be an arena rock frontman, let’s be honest, he carries off a bandana as if it’s the most natural thing on the planet and Nuno Bettencourt, as well as being a stunning guitarist, oozes star quality with his every move.

“Hole Hearted” casually tossed out in the acoustic portion has the carefree air of a band strumming on their front porch, and “Cupid’s Dead” fair old slams.

“Take Us Alive” makes this a truly career spanning set (“if you don’t have this album you aren’t a real fan” jokes Bettencourt) but rather more pertinent is it shows their versatility too, given that is a southern flavoured stomper to rouse the rabble, but it is perhaps “Decadence Dance”, which acts as main set closer here, that transports us all back to our youth.

The encore, well it almost has to include “More Than Words” and duly does, but it also crackles with “Warheads” and “Peacemaker Die” before “We Are The Champions” proves that while there is never a good time for Queen, Extreme do deserve bombast.

And credit to them for not just trotting out the Greatest Hits as some less imaginative band might. Here with three quarters of the line-up from their first album (Pat Badger plays a blinder on bass throughout) Extreme are doing a little more than just a nostalgia trip. They are breathing new life into their own songs, and evidently having a good time doing it.