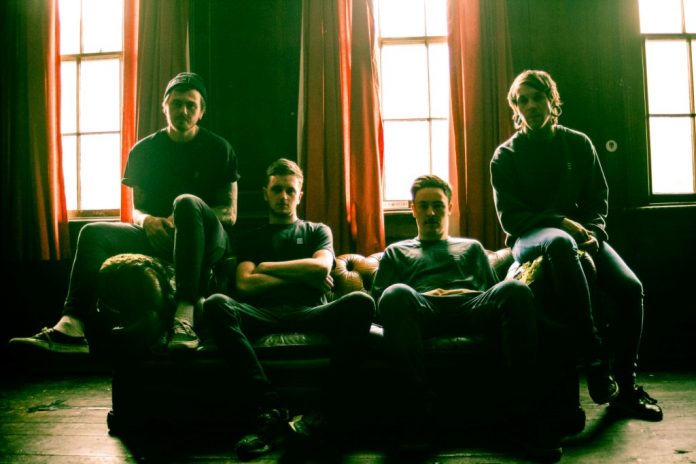 Talented youngsters FACES OF EVE are delighted to announce their debut self-titled LP, due August 25.

To coincide with the announcement, the band have streamed their new single ‘Dreamcatcher’.First premiered via Punktastic, you can watch the video here

FACES OF EVE are a band who stand above their peers in the British progressive metal scene. Melding elements of technical post-hardcore, metalcore, and tech metal, the young band are back with their Faces of Eve LP.

Reminiscent of Exit Ten, Emarosa, and Coheed and Cambria, FACES OF EVE are led by Benjamin Black’s expressive clean vocals, and backed by the band’s wickedly tight and furiously frenetic rhythm section. Unafraid at times to demonstrate a more pop and soulful sound, the band have a full-range of emotion on display on this fine debut.

Recorded with Timfy from Hacktivist, the band are certainly not slacking. A co-headline run with Lincoln tech-metallers Borders completed in the Spring; FACES OF EVE then went on to a short headline run at the end of June, along with a show supporting Drewsif Stalin in London. A further headline tour is pending for late summer.

A band who’ve previously played alongside Holding Absence, Napoleon, Crazy Town, Martyr Defiled, Slaughter To Prevail and more, FACES OF EVE could well be a band to watch in future.