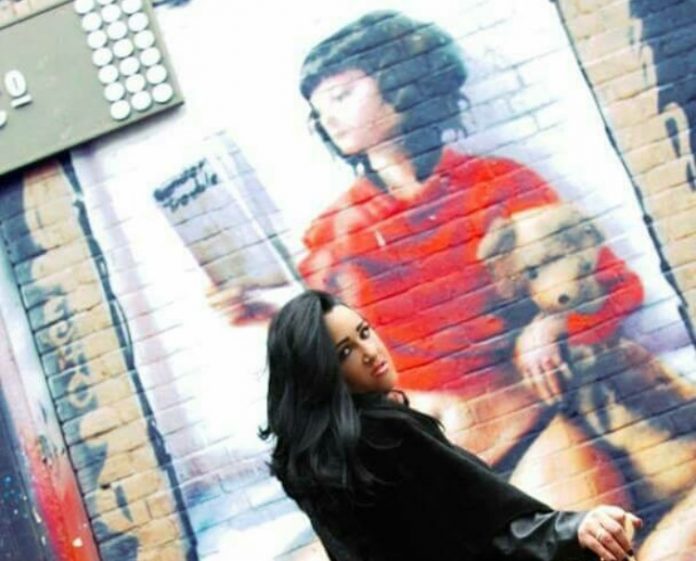 Things are getting harder and faster in 2016

When, from a young age, you are surrounded by the influential roar of a particular strain of music there is always going to be a strong chance that it will be a lingering inspiration. Such was the case for NATALIE INDYA WEST.

Rock music was a part of Natalie’s life from almost day one as she grew up on her Mother’s keen and eclectic taste for potent sounds from the likes of Free and Bad Company through to David Bowie and Rainbow. Such influential exposure only bred an equally hungry interest within Natalie, one increasing over her formative years and in time breeding aspirations within her to be a ‘Rocker’ herself.

The following years saw no decrease in her passion and intent with Natalie studying music at the Performing Arts & Technology school in Croydon before moving, with a diploma in hand, on to study at the Colin’s Performing Arts College in Essex.

Awarded a 50% scholarship, Natalie had to fund the rest of her schooling fees which led her to working as a pole dancer in a Gentleman’s Club. It was an experience which also saw Natalie to fall in with the wrong crowd and a subsequent debilitating habit. It was a dark time which Natalie used her anger for as a spark to write songs inspired by the depressive situation.

Having already performed as a singer and in turn as a professional dancer in various musicals, as well as dancing behind pop group Mystique on The Brit Awards in 2003, Natalie put accompanying years of constant struggles and broken relationships to the background and strived to create her own rock band.

INDYA emerged in 2015; Natalie linking up with the explosive talents of guitarist DANIEL BAUNE, bassist RAYMOND TAGNOLA, and drummer TOBIAS MIORIN to bring her life bred songs into reality.

It is a success now set to expand as the band nudges bigger spotlights with the release of new single “Harder Faster”.

The track bounds through ears, sharing a host of flirtatious hooks surrounded by spirit raising energy. Framed by mischievously tenacious rhythms, Natalie casts her temptress tones with an emotive and fiery relish as grooves and melodies flame with varying shades of classic rock ‘n’ roll around her.

The track simply epitomises the anthemically devilish charm and adventure of the Indya sound.

With Natalie also making her mark as a DJ on Takeover FM in Leicester and also being a potent collaborator with many artists to date, it is fair to say that 2016 is looking a big and attention grabbing year for Indya and Natalie Indya West.

“Harder Faster” Natalie roars, a declaration looking like the perfect description for the band’s year ahead.