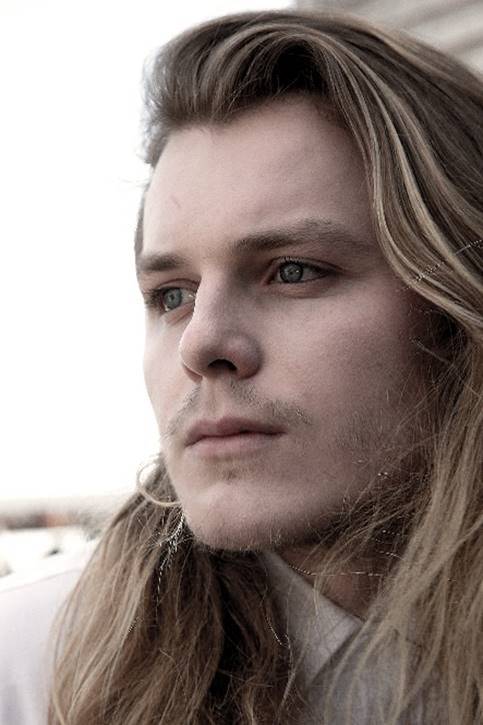 If artists are considered to be the summation of their influences, then the upbringing experienced by 22 year old Jennings Couch has served him up with a veritable feast from which to define his musical palette.

Born in the urban wilderness of New York City, raised in the quiet tranquilly of rural England and made on the streets of West London, this is a man who embodies the virtues of his environments whilst imbuing his artistic output with reflections of all of his life experiences and observations to date.

A chance meeting with record producer Kevin Malpass set Couch on a path to which music would take on central importance in his life. In Couch’s forthcoming debut album, the pair have produced a startlingly powerful body of work which manages to balance the notion of embracing universally appealing lyrical themes with a musical path less trodden; a conscious rejection of the preordained formulas commonly used to write music. The pitch perfect harmonisations and anthemic arrangements that Jennings creates provides fans with rich and varied soundscapes that compares to the likes of The 1975, Coldplay and Alt J. His lyrical content deals with a range of philosophical, social and scientific ideas from studies of time to quantum physics, demonstrating a level of intellectualism and maturity way beyond his years.

“I couldn’t quite suppress the science geek in me!” Jennings mock defends himself, before countering “There is plenty of relationship stuff in there too, just done in my own special way….the song,  ‘My Dear Andromeda’ for instance, is an example of me writing about something I’m passionate about whilst making sure it also comes across as a relatable love song.”

It is an adoption of British eccentricity that goes beyond the novel or the skin deep, resulting in an enthusiasm for amassing retro collectibles, from pocket watches and clothing, to furniture and rudimentary tech. This is a character formed in part by his environment, yet utterly bereft of the notion of conforming. With Couch himself the embodiment of the archetypal classic front man, bringing a genuine drive and charisma on stage, theirs is a show like no other. By early 2017, and having perfected their craft week in and week out at numerous haunts across the UK, Couch’s band were on their way to Austin, Texas to perform at SXSW. Initially only invited for one show, they managed to gain the attention of numerous promoters and demand was such that they were added to the line-ups at both the The Apple Music House and the BBC British Music Embassy at Latitude 30. It was a vote of confidence embraced with open arms.

Jennings Couch’s new single ‘Serotonin’ is a powerful alternative rock song inspired by the neurotransmitters within the human brain and their effect on behaviour. He has once again managed to take an idea so abstract such as neuropsychology and morph it into the relatable subject of two lovers. Through enchanting lyrics and trance- inducing melodies, Jennings Couch urges the listener to delve into the world of Freudian psychotherapy, just for a moment. The accompanying music video, taking the form of a Victorian therapy session, reinforces the entrancing nature of the music.