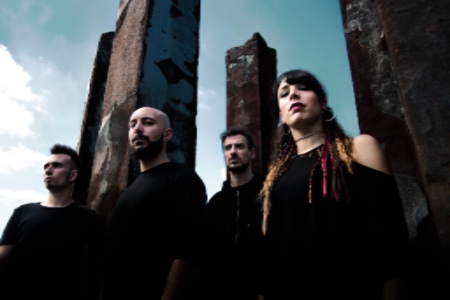 With already three critically acclaimed albums behind, Rome-based ADIMIRON has been able to become in a short time, one of the most promising acts in the European metal scene, constantly promoting their own name through Europe, North America and Russia supporting dozens of bands in several international tours.

With the addition of the new talented singer Sami El Kadi and the definitive confirmation of Cecilia Nappo, already working as session member, the band returns to the scenes with its most ambitious and inspired album so far.

“We`re excited in welcoming Adimiron to the indie Recordings family. They add to our roster an element yet to be represented, but for years sought after. Their progressive and diverse sound captured our ears and now we`re trapped by it. Thank you Adimiron, and welcome!” – Erlend Gjerde, Indie Recordings

The band’s founder and composer Alessandro Castelli says:
“We are really proud for this new deal with Indie Recordings, as we feel this this is the new perfect home for the band at this particular time. Our sound evolved in unexpected directions that brought to this new album: the most varied and inspired among Adimiron’s works so far. We just can’t wait to start working with the team at Indie to bring “Et Liber Eris” around the world, really looking forward to share this new album with you all!”
ADIMIRON – line up:
Sami El Kadi, vocals
Alessandro Castelli, guitars
Cecilia Nappo, bass
Federico Maragoni, drums