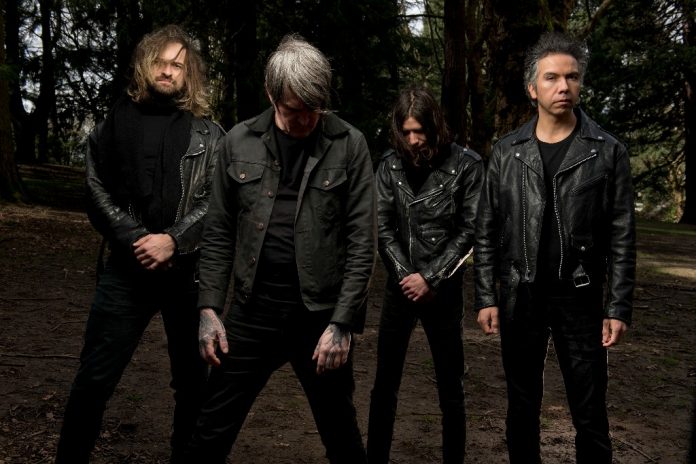 Ritualistic, apocalyptic noisemakers ATRIARCH are back with their fourth offering of mind-altering, doom-soaked, deathrock entitled Dead As Truth.

Recorded and mixed by Greg Wilkinson at Earhammer Studios (Om, Graves At Sea, Vhol) and featuring artwork by Stevie Floyd (YOB, Dark Castle), Dead As Truth sees ATRIARCH venture deeper into the blackened abyss with haunting incantations, exotic drones, and crushing aural experimentations that boldly embrace death’s cold heart. Fragments of post-punk, gothic doom, black metal, sludge, and noise complement the band’s desolate universe and further supplement their most immediate and formidable release to date. ATRIARCH prescribe the order that there is but one truth and that is death.

Formed in 2009 in Portland, OR, Atriarch delivers a unique brand of sonic darkness, pulling influence from classic deathrock and infusing it with their own style of heaviness. Catharsis is their strength, both on record and during their intensely memorable live performances. The band released their first album “Forever The End” in 2011 on Seventh Rule Recordings which was followed by a split EP with Alaric on 20 Buck Spin and their sophomore full-length “Ritual Of Passing” on Profound Lore in 2012. In 2014 they signed with Relapse Records and released “An Unending Pathway” to immense critical acclaim. Their fourth album, coming in 2017 via Relapse Records promises to be even more bleak, hypnotic, and explosive than anything the band has recorded to date.