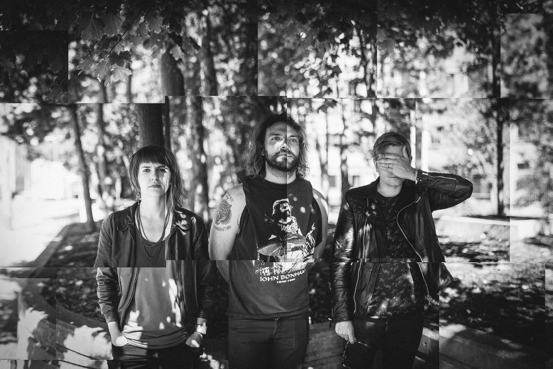 Maturing Canadians with a new single out

BAD POP have grown up, and they’re kind of pissed off about it. So, this indie rock band turned to every teenager’s refuge: distortion pedals and sarcasm. Their sporadic journey around their native Canada saw them bounce from pubs and clubs to friend’s floors and sweat soaked venues, and has now led them to the UK and a newly inked deal with Metropolis Recordings.

The single itself is a statement of intent and a deluge of raw punk rock energy, warm analog psychedelia, and cheeky nihilistic musings on music festivals, fast food, and the loneliness of adulthood. The band skilfully incorporate pop melodies with a sense of irony, honesty, and sadness, recalling bands like Pavement, Pixies, and Modest Mouse. Frontman Chris Connelly explains: ‘it’s a snarky reflection on the music business in both it’s cheeky lyrical style and simplistically catchy guitar riffs. It shines a cynical light on industry conventions, never straying from the darkly comedic tone that’s at the heart of what we do. It’s a parody of a pop song that also succeeds at being a pop song, and that’s a hell of a lotta pop’.

Performing live the band directly translate their angst into two-hundred percent fun and fury – proving themselves to be multi-instrumentalists, engaging, raw, and even comedians. The previous incarnation of the band, Hot Panda, drove five tour vans into the ground with over a dozen tours and festival runs of North America and Europe (SXSW, Primavera, CMJ and Reeperbahn), picking up rave reviews in the process. The band are excited to play in the UK having already picked up attention from Radio 1; Chris muses: ‘The Brits are great at being brutally honest with you. If they smell bullshit they’ll let you know. If they like us over there it should bode well for us everywhere. And if they don’t, at least we’ll get booed in a different accent.’

The band is comprised of frontman Chris Connelly, who is alternatively heart-warming and menacing – like a pissed-off Weird Al. Superstar multi-instrumentalist Catherine Hiltz weaves melodic bass lines like a punk-rock bar-brawling PJ Harvey. Drummer Aaron Klassen was raised on a steady diet of Bonham and Grohl, and plays as if the snare just said something about his mother. In the band’s own words ‘we are serious about not taking ourselves too seriously’.