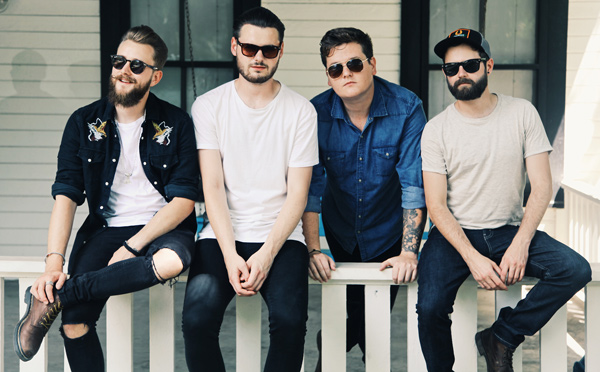 A heady blend of blues, soul, wailing rock guitar and deeply emotive vocals, Broken Witt Rebels have been busy building their profile via a trio of EPs plus a touring schedule that has seen the award-winning quartet switching between headline shows and high-profile guest appearances, sharing stages with Joanne Shaw Taylor, Kaleo, Whiskey Myers and more, the latter in both the UK and US.

Prior to that, in October, they embark on an extensive headline UK run, supported by Nashville-based singer / songwriter Sonia Leigh, before heading over to mainland Europe, and then onto Ireland, with ‘country fuzz’ maestros, The Cadillac Three.

So far, the only thing missing has been a debut studio album, but that gap will shortly be filled, with a 10-track collection of the best of the BWR output to date (title tbc) confirmed for a November 24th release. Produced by the band and Tom Gittins (who has worked with Robert Plant amongst others), this anticipated outing features six songs from the two most recent EPs, ‘Howlin”and ‘Georgia Pine’, plus four brand new numbers, including lead single ‘Wait For You’.

The older material has been remastered to sit naturally alongside the recent recordings, and the package – featuring tracks with substantial radio / video play to their name – is set to appear on both CD and download, with vinyl following in due course.

“Our album has been a long time coming. It’s a culmination of the past two years of hard work and we couldn’t be prouder of what it’s become. We’ve crafted the record to take the listener along our journey so far, and it also marks a milestone in our career as we move from the unsigned world to being with a label. We’re very proud to have signed a deal with Snakefarm Records, and with the Snakefarm team behind us we can’t wait to take things to the next level.”