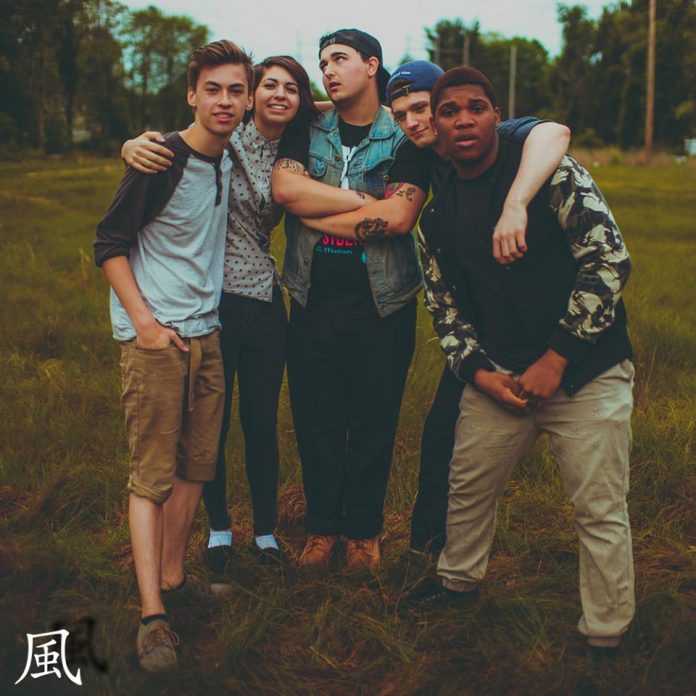 Chasing Down Sunset was originally started by childhood friends Jill Beckett and Dan McCool, who would casually jam to covers together in Jill’s garage in like 2014.

By Spring 2015, the pair decided it was time to buckle down and commence a serious search to find more musicians to collaborate with. After cycling through a few personnel changes, the band was rounded out with the addition of Zion Dixon on guitar, Richie Mandanici on lead vocals, and James Gougeon on bass.

With no desire to aim themselves in a particular genre at first, Jill matched her catchy hooks and relatable lyrics with the upbeat instrumentals that Dan, Zion, and herself were creating, culminating in an original brand of energetic pop punk with their own unique tones.

Shortly thereafter, in June of 2015 the group released their debut EP “And A Step Forward”, selling over 200 copies and cementing them as a new face on the scene that should not be taken lightly. In an effort to further their sound, the band evolved again to bring in Jimmy Fasulo taking over the lead vocal position in addition to bringing a new, more sophisticated lyrical style, and Ryan Ross taking over bass duties.

With the help of producer Rob Chiarappa (The Stolen), the zealous quintet put their heads together to create their sophomore effort, “A Proper Introduction,” poised for release in July 2016. With big plans and an average age of 16, Chasing Down Sunset is sticking the course to take over the New Jersey music scene and beyond.