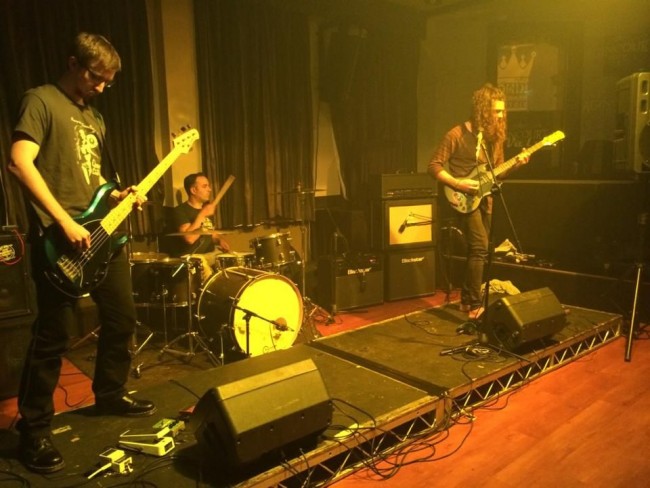 It’s a busy time for these Aussie psychers. They explain all here.

COMACOZER is a 3 piece instrumental heavy psych stoner rock outfit from Sydney. Formed in 2013 and consisting of Rick (Guitars), Rich (Bass), Andrew (Drums) with the vision to come together and formulate tunes of mind bending psych stoner rock to break the listeners brain and distort their reality.

They tell us: “We recorded 3 track CD EP mid 2014 titled ‘Sessions’ at Soundworks Studios, which has received a great response and extremely positive and favourable reviews. In January 2015 we recorded a new three track CD EP titled ‘Deloun’ which was released in March. Recorded at Frank St. Studios with Frank Attard (Mother Mars / Frozen Planet 69, Peppershake Records) at the mixing desk.

“The release also includes the amazing artwork of Jasmine of Harley & J Illustrations. We have recently been signed by Dutch Label, HeadSpin Records to release a Full Length LP late 2015 which will be titled ‘ASTRA PLANETA’ so this is extremely exciting news for us and can’t wait to get this new release out there. Album will be recorded in early September at Frank St Studios with Frank Attard at the mixing desk and will consist of the amazing artwork of Jasmin Meier (Harley & J Illustrations).

“In the meantime, Headspin Records is going to release a special Limited Edition 12” release combining our two previous EP’s onto transparent green/black, silver and standard black vinyl and the two EP’s completely re-mastered. Should be a great release and available for purchase around late August. We have been played numerous shows of late with sensational local Australian bands like: Los Hombres Del Diablos, Hawkmoth, Lint, Transcendent Sea, Meat Cake and we are scheduled to play a couple of shows with HOLY SERPENT in June for their debut album release which should also be awesome!!!

Another unbelievable Australian psych stoner band on Riding Easy Records who will be releasing the debut album at the same time.”

BAND OF THE DAY: SECRET SIGHT