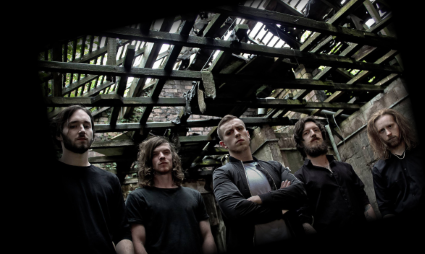 Stoke on Trent prog metallers planning a big early 2o17
Expressing unbridled energy that takes from the depths of Tesseract and Periphery through to the likes of Scar Symmetry and Protest The Hero, Stoke-on-Trent’s Construct have a sound that is as colossal as it is captivating. The Northern metallers reveal their blistering debut album, The Deity, on Saturday 4th February via all digital outlets.

Construct started life at the start of 2015, but the early roots of the band
were sown in 2013 when Richard Howle (Guitars), Callum Howle (Vocals), and
Samuel Hunt (Drums) got together to work on pre-composed material that Rich
had engineered. The crew started small, practising in the cosy intimate
surroundings of Sam’s living room, and then soon expanded on their initial
endeavours, recruiting bassist Christian Lovatt in 2014. Last year, the band
truly solidified when Guitarist Mike Foxall completed the line-up; his
instrumentation and backing vocals have further rounded the band’s growing
sound to gigantic effect.

By the turn of this year, the five-some were primed and ready to take their
live set on the road, regionally and beyond. On their journey, the band
shared stages with Griever, Outright Resistance, XVII, and Tussk along the
way. The next port of call for the progressive metal crew was to head into
the studio to begin work on their debut album The Deity.

Construct finished the recording of The Deity at the end of the Summer, and
it’s rightly worth the wait. The band have just released Reflection as the
first video and it’s a true scorcher. The cut is armed with stout riffs,
thoughtful structuring and a humongous refrain – watch it here
https://youtu.be/ATcvgitFrOY . With a soon to be announced tour lined to
support the album, nothing will stop Construct.