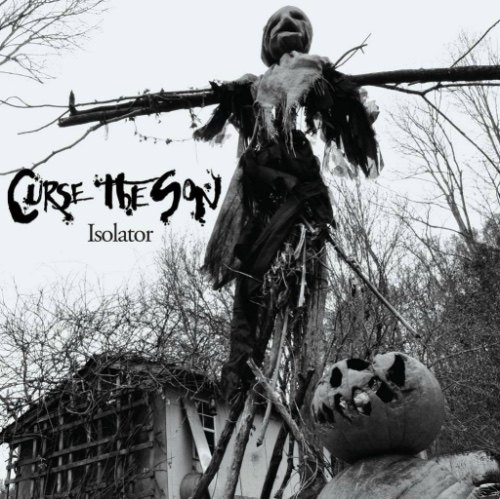 Having begun life as a studio project in 2008, Curse the Son has steadily risen to achieve feats they never thought possible. Beginning with the release of their Globus Hystericus EP in that same year, founding member and driving force Ron Vanacore (Guitar/Vocals) experienced an inexplicable calling to create new music to unleash upon the world.

What followed in 2011 was the release of the band’s debut album Klonopain, a harrowing journey through the mind of an “accidental addict” on a one-way ride though the hell of benzodiazepine withdrawal. Setting the stage for what the band was about to become the album is “riff rock” in its purest form. Screaming guitars, teeth rattling bass, bombastic drums and a voice that expressed years of pain, torture and sadness.

Shortly after the release of Klonopain the band drafted in drummer Michael Petrucci whose arrival not only marked a drastic enhancement in the band’s live sound but a strengthening in the conception of new music. The band was reborn as the floodgates opened and an entire record’s worth of material was written in a few short months. Released in January 2013, Psychache was the culmination of this extremely inspired period. A big step forward for the band, one by one press outlets started to take notice with the likes of The Sludgelord calling the album, “Brilliant. Plain and Simple.”

Despite having never played outside of Connecticut, after the initial online release – offered out to all as free download via Bandcamp – STB Records stepped in to release Psychache on vinyl, which in turn opened the door to a second wave of interest and international exposure as multiple sites, blogs, zines and radio stations declared the album one of the best stoner/doom releases of 2013.

Following the departure of original bassist Cheech Weeden and the recruitment of Brendan Keefe the band took some time out to revisit and rework material they already had down for their next record, as well as writing new songs together for the very first time. Released in 2016 and easily Curse the Son’s best album to date, Isolator showcases a band ready to push the limits of the stoner/doom genre, yet still revel in all of its gloomy goodness. Taking their song writing talents up a gear while simultaneously connecting on a spiritual level with their audience, Isolator was met with an overwhelming response by both critics and fans alike and on 7th April will get an official, worldwide release via Ripple Music (CD/Digital)/The Company (Vinyl).