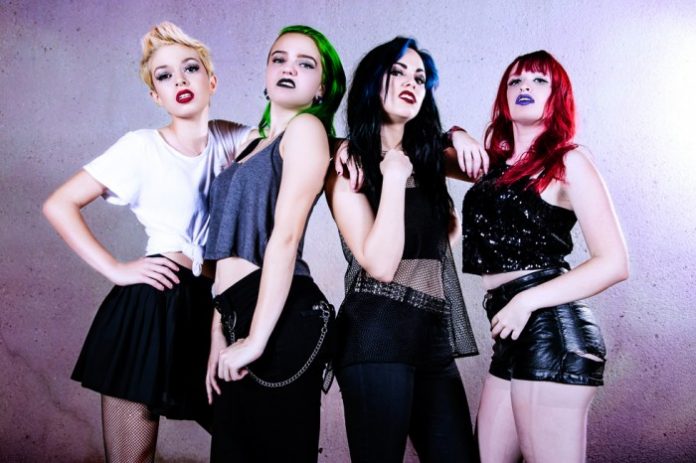 All girl teen punks about to release their debut

Meghan made the initial connection when bringing the girls together to compete in Rock Revelation Battle Of The Bands.

After catching the attention of Ellefson, who was one of the competition’s judges, the band began a sonic assault on the West Coast, playing shows with SOCIAL DISTORTION, GREEN JELLO, D.R.I., SLUNT, and many more, through Arizona, California, and the West Coast.