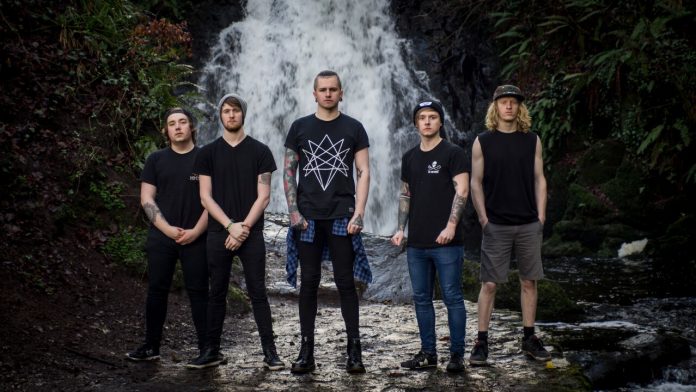 Tugging from the layered intensity of In Hearts Wake, and the heaviness and atmospherics of The Amity Affliction and Northlane, Dream Awake pull from their predecessors and have refined their own compelling sound that is fierce, dynamic, forceful, and utterly engaging.

Formed in 2014 and hailing from Belfast, the band wanted to create a sound that brought together the heavy and technical qualities of the genre, but also offered the listener something fresh that they could more tangibly feel and access. After reshaping their initial set and drafting in additional members, Dream Awake have more than fulfilled their early manifesto. The melodic metalcorers dropped their debut single, Burdens, at the end of 2014, before going on to release their first EP, Pathfinder. The release helped the band to pick up press recognition, key support slots and prominent festival appearances. To date, Dream Awake have shared stages with Napoleon and Carcer City, as well as playing prestigious festivals such as Download and Sunflowerfest.

For their upcoming EP, Dream Awake went to work with highly regarded producer, Daniel Kerr of Avenue Studios (Our Hollow Our Home, Create To Inspire, Shields). The release, entitled “Don’t Hold Your Breath”, features five engrossing cuts and a guest appearance from Wes Thompson/Napoleon. The record is jam packed with juggernaut guitars, dual-attacking vocals and blast-beat rhythms that will pummel the listener into submission from the get-go.With a forthcoming Irish tour with Carcer City and an impending appearance at this year’s Download Festival, as well as a Summer headline tour of Ireland, Dream Awake are poised to transcend from the underground. Be sure to hit up the band’s social sites for further dates and tour announcements.