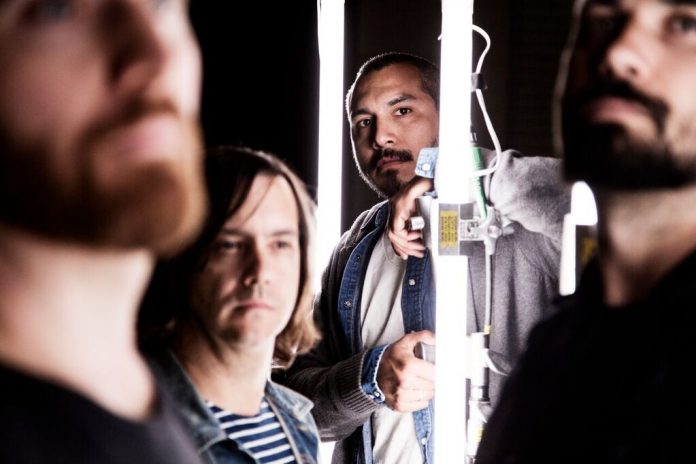 Their new EP was written at a rehearsal space in downtown LA, and recorded in Kingsize Soundlabs in Eagle Rock.  “LA is such a juxtaposition of opposing landscapes,” says Ray Silva. “One minute your rolling through a really upscale area and the next you find yourself on 6th Ave passing the inner city refugee camps of the homeless.”
The band members’ personal stories over the last three years have been equally up and down. They’ve endured breakups, living out of rehearsal spaces or cars, marriages falling apart, and family deaths. But they learned to write as a group, and that forged songs such as “Window Room,” “Press Play,” and “Letting in the Dead”.
The four piece also had success placing songs in films and TV shows, including Showtime – Shameless, TNT – Boston’s Finest, and SYFY – Being Human, to name only a few.
“We hope to inspire people to think and see things differently than they normally do.  And maybe even remember things they thought they forgot.  To feel more connected and sense that there is more kindness available than it seems.”
www.wedreamvacation.com
Facebook.com/dreamvacationmusic
twitter.com/wedreamvacation