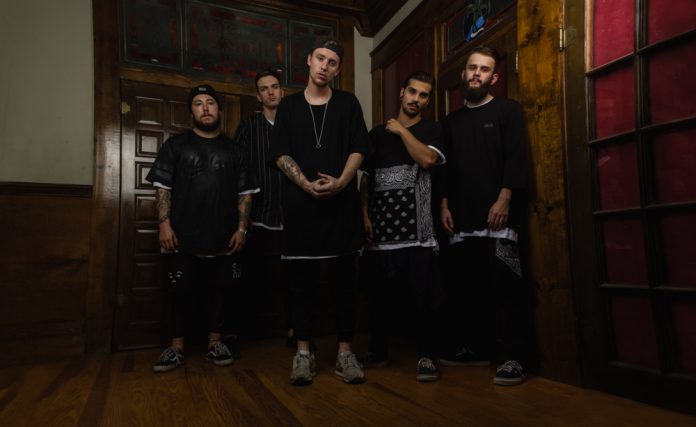 However, before then, the band have revealed a new track and video, B.E.L.I.E.V.E –

Since their inception at the end of 2010, Brighton bruisers FATHOMS have comprehensively toured throughout the UK and Europe, as well as undertaking successful tours in the USA, China, South Korea and Japan. In 2015 the band released their debut album, Lives Lived, with Artery Recordings to glowing acclaim, and recently played shows throughout Europe with Attila and Oceans Ate Alaska.

This spring, FATHOMS unveiled a new track, and the album’s namesake, Counter Culture, and the video has already amassed nearly 30,000 views on You Tube. With further support tours set to be announced throughout the Autumn, backed with the release of the band’s sophomore album, Counter Culture, FATHOMS are destined to scale new heights.

The quintet’s new record is ultra-magnetic and bursting from back to front with stout NuMetal-esque riffs, rap crossovers, colossal choruses, and infectious grooves. The full frontal vocal attack and guile of their previous single, Counter Culture, is destined to draw you in. While B.E.L.I.E.V.E. (htts truly breath-taking, as the track melds power with grit, and delivers a hook that will ignite. This is an album that you need to hear and a band that you need in your life.