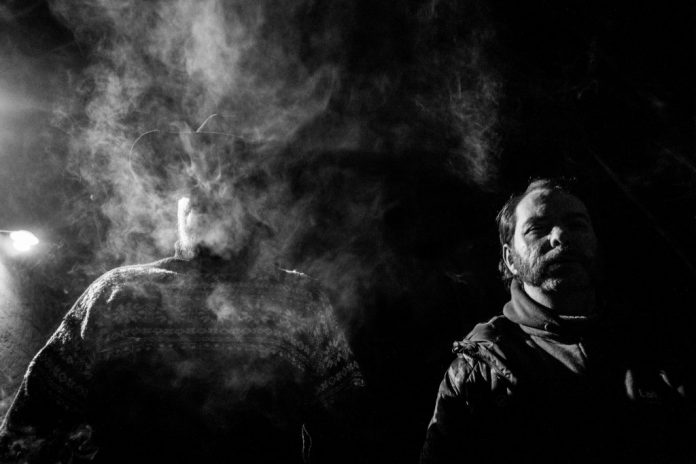 FLEURETY formed in Ytre Enebakk, Norway in 1991, and are known for their experimental & boundary-breaking approach to black metal. Peaceville Records are proud to welcome them to the label’s roster for their upcoming opus.
Their brand-new album, The White Death is Fleurety’s third full-length studio release and is due for release on 27th October 2017, marking almost two decades since the release of Department of Apocalyptic Affairs, and shows the band returning to the style of the legendary debut Min Tid Skal Komme (1995); however, this time more experimental, sarcastic and concise. As a result, The White Death captures a darker and more disturbing version of Fleurety than ever before, embracing the strange and the abstract to create a wholly unconventional yet often poignant opus, both deep and raw in its expression.
Fleurety’s line-up for The White Death features guitarist Alexander Nordgaren and drummer/vocalist Svein Egil “Zweizz” Hatlevik, now joined by bassist/vocalist Czral-Michael Eide (Virus, Aura Noir), vocalist Linn Nystadnes (Deathcrush, Oilskin), plus flutist Krizla (Tusmørke, Alwanzatar) and backing vocalist Filip Roshauw (The Switch). ‘The White Death’ was recorded by the band themselves and mixed by godfather of Norwegian noise music, Lasse Marhaug. Mastering was performed by longstanding partner of the band Greg Chandler (Esoteric) at Priory Studios, with artwork courtesy of Trine+Kim Design Studio (Ulver, Darkthrone).
The band has released two albums to date, plus a string of EPs, & has primarily existed as a duo featuring Alexander Nordgaren (formerly live guitarist for Norwegian legends, Mayhem) & Svein Egil “Zweizz” Hatlevik (Umoral, Strid, ex-Dødheimsgard) throughout their full history.
The White Death tracklisting
1. The White Death [07:47]
2. The Ballad of Copernicus [06:13]
3. Lament of the Optimist [03:48]
4. Trauma [03:51]
5. The Science of Normality [05:59]
6. Future Day [03:35]
7. Ambitions of the Dead [04:42]
8. Ritual of Light And Taxidermy [07:02]