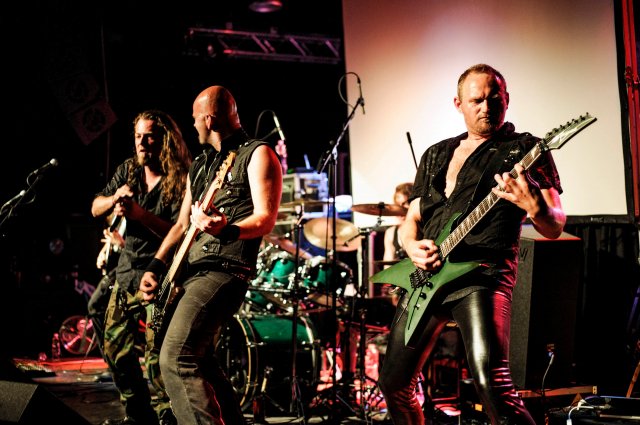 Guardians of Time was formed in 1997 when a handful of musicians drinking beer at the local metal pub came up with the idea to form a band. Their first demo landed them a record deal, and the debut album “Edge of Tomorrow” was released in 2001. The album received great reviews and the band made loyal fans all over the world. Both a Brazilian- and a German fan site were made by devoted fans. The band did shows all over Norway and played almost every metal festival in the country.

The second album “Machines of Mental Design” was recorded in 2004 by Massacre Records, receiving great reviews from all over the world. The music was by many labeled as “thinking man’s metal” and were often compared to the epic masterpiece “Operation Mindcrime” for its well thought composition and lyrics. Guardians of Time joined the 2004 “Scream Tour” playing all over Norway, culminating in an amazing show at Norway’s biggest festival, the “Quart Festival” where they supported Slipknot. Proving that Guardians of Time had indeed become a great live act.

After years with no activity, the main songwriters of the band, Bernt Fjellestad and Paul Olsen decided to revive the band with a new line-up. In 2011 the album “A Beautiful Atrocity” was released to amazing critics and ecstatic fans. A prestigious live job at “Norway Rock Festival” followed, once again proving Guardians of Time as one of the most interesting power metal bands in Norway.

New album “Rage And Fire” is out now via Wormhole Death