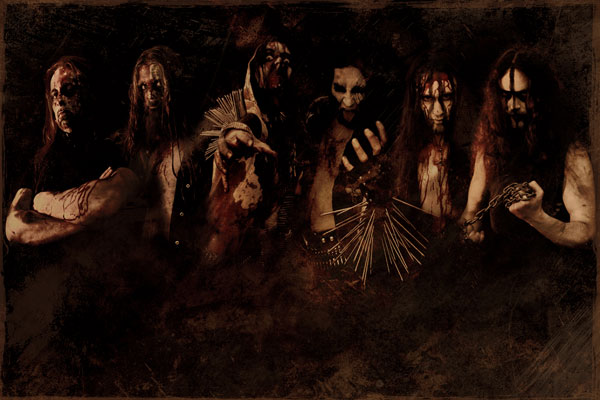 German black metallers are releasing a record early in the new year
Hailing from Leipzig – Germany, Humanitas Error Est is brutal black metal six-piece group featuring current and former members of Enthroned, Necroblaspheme, Valgaldrar, Rogash and Lebenssucht.
They’ve just streamed a new one:  “Human Pathomorphism”,
Listen to this bestial track here.
Formed in 2013 by drummer Ahephaïm and vocalists S.Caedes, the group released their debut demo in 2014, which garnered a strong critical acclaim in the underground scene and allowed to play live for the first time, including appearances in some respected festivals like Mid Summer Fest in Belgium and In Flammen Festival from Germany.
The Germanic group is now ready to unleash their first album unto the world, “Human Pathomorphism”, which is set for release on January 11 through Satanath Records along with The Black Plague and Abstruse Eerie Radiance.
Mixed and mastered by Déhà (We All Die (Laughing), Maladie, Lebenssucht, …), “Human Pathomorphism” offers up eleven furious black-metal tracks that incorporate vicious and brutal riffs mixed with pounding blast beats and demoniacal grunts, a crushing and nefarious combination that will surely impress fans of Marduk, Dark Funeral and Anaal Nathrakh.
www.humanitaserrorest.com
www.facebook.com/humanitaserrorest
www.satanath.com