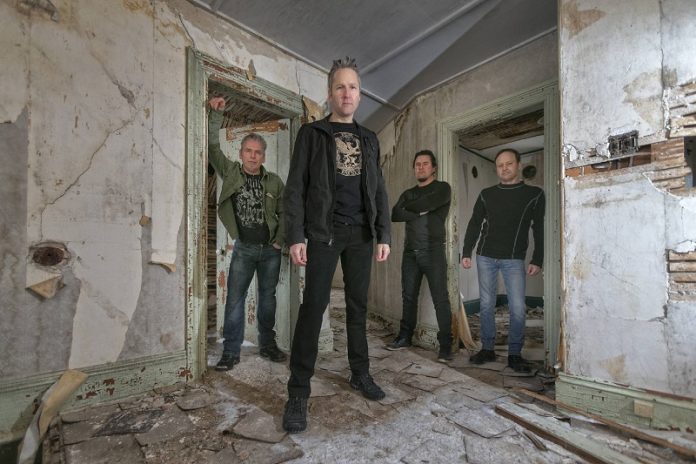 If Infrared sound like classic thrash metal, that’s because they are!

And rightfully so since they were making music as teenagers in the mid to late 80s back when the Big 4 (Metallica, Megadeth, Slayer, Anthrax) were just becoming famous.

They literally lived and breathed that scene as it was happening and garnered national attention in Canada through their song and video for Thoughts Caught (In Between).

Then….life happened and members took different paths and the music, that was hot in the underground metal scene and loved by demo tape traders near and far, went dormant for 27 years!

Fast forward 2016, Infrared are back and their songs have finally been captured, as they should have been so many years ago, on their debut album No Peace. It’s never too late, and in this case the wait was worth it.

Love comeback stories? This is one to watch. No Peace Track Listing: Inframental TOC No Peace My Good Will Social Science Cliche Some Kind of Disease Down Below Untimely Storm Thoughts Caught (in between) In Search Of… Infrared’s debut album No Peace out March 2016!