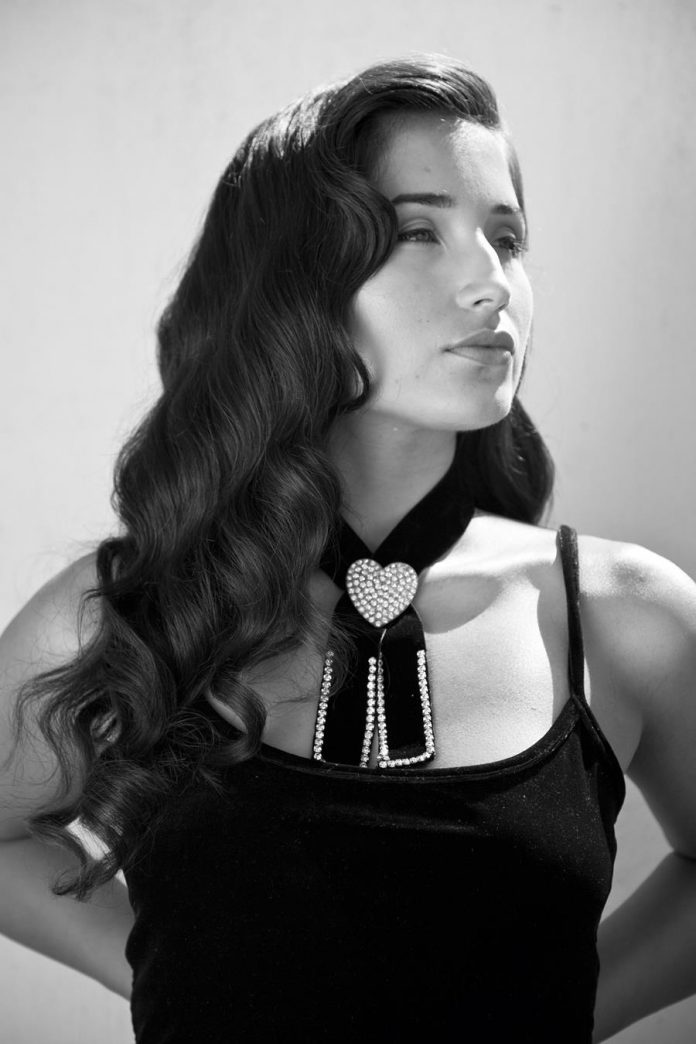 Singer songwriter about to go on the road with Social  Distortion

A highly prolific and supremely talented young singer-songwriter,  Jade Jackson creates a sound that is simultaneously new and old, merging a youthful spiritedness with a weary storyteller’s perspective usually reserved for veteran artists. Stylistically the sound is unapologetically country rock. It merges the heartbreak and resilience of Lucinda Williams with the melodic confidence of Emmylou Harris, yet contains the emotional presence of a young musician who cherished albums by The Gun Club and Smiths alongside the works of George Jones and Hank Williams.

Hailing from the tiny town of Santa Margarita in central California, Jackson began playing guitar and writing songs at 13. By the time she had entered high school she had attracted a growing fan base with local performances and estimates that she had written over 300 songs before she graduated.

Since then Jackson formed a tight knit band and together they have shared stages with such iconic artists as Merle Haggard, Rosie Flores and Dwight Yoakam. Along the way, Jade attracted the admiration of renowned Social Distortion frontman Mike Ness, who produced her debut album.

The collaboration between the two really began years back. As Jackson explains, “I went to see Social Distortion play when I was thirteen. I was really into punk. They are one of my favorites. After the show I picked up the guitar and began writing songs. That night I believe started a ripple effect inside of me that influenced my musical career. That day forward I tailored my life around wanting to be a musician.”

Several years after that, Mike’s son and wife caught a small show at a coffee shop and told the Social Distortion frontman about the young singer-songwriter. When Ness heard her self-recorded demo he invited her to his studio in Orange County where he told her he wanted to produce an album for her. “I remember driving up to meet him for the first time, freaking out,” she says. “It was crazy because watching him that night back when I was thirteen put the dream in my heart so I find it very serendipitous to now be working with him.”

Mike Ness says of the ensuring session, “I wouldn’t have done the Jade Jackson record if I didn’t believe in her and her potential. The songs were amazing and came to life each week we worked on them. She is an old soul and it comes through in her songwriting and performing. She truly is one of a kind, raw and unique. She put her trust in me and I trusted she’d deliver. And she did! Here is a bad ass record delivered to you from us! Listen and enjoy.”

Now Jackson has just released a video for the track “Motorcycle,” a song that channels a tough girl swagger and reluctant vulnerability set to a haunting post-punk Western sound. “I was driving and it was dark and I just started singing the lyrics,” Jackson says. “It’s about feeling independent and capable and restless. I pulled the car over and recorded myself singing. When I got home I picked up my guitar and already knew the chords. At first it was this intricate finger picking and then Mike envisioned it more as a western ballad. He put a spin on it for sure and I think it sounds awesome.”

Jade Jackson will be touring with Social Distortion in the US in March and April this year. Please click HERE for the full list of dates