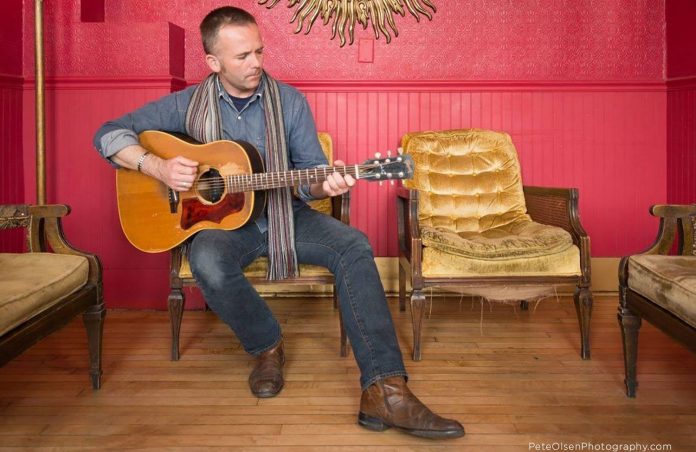 Josh Harty is a messenger. A North Dakota songsmith.

A third generation musician, son of a small town police chief and preacher, he often muses that growing up he figured he’d end up going to jail or going to hell. Between the ages of five and eleven he sang gospel and country with his father at just about every Lutheran Church, Eagles Club and Senior Center in the Midwest. By age twelve Harty had made two records (cassettes) with his dad; achieving sales of 10,000 copies.

After playing in several cover bands in Fargo during his teens, Harty started his songwriting career when a local booking agent asked him if he could perform 45 minutes worth of original material for an opening gig. He said of course he could and set to work writing the songs that would become the material for his first album Three Day Notice. After just a week of writing and rehearsing these new songs, Josh received a standing ovation and encore request from the audience while opening for blues legend BB King!

Over the last five years Harty has toured tirelessly in 41 States and over a dozen countries across Europe and the United Kingdom . He demoed songs for his new album with George Lucas in Brno, Czech Republic (released as a download called “The Brno Session”), in New York City, and in Gleisdorf, Austria with Chuck Lemonds.

Harty’s new album, Holding On (released in the USA April, 2016) was recorded at DNA Music Labs in Madison, WI and was produced by Blake Thomas and Mark Whitcomb. The album features songs written on the road over the last 2+ years performed by a full band. It is now officially released in Europe alongside “Handcrafted”: an acoustic “best of” collection of Harty’s finest tunes.