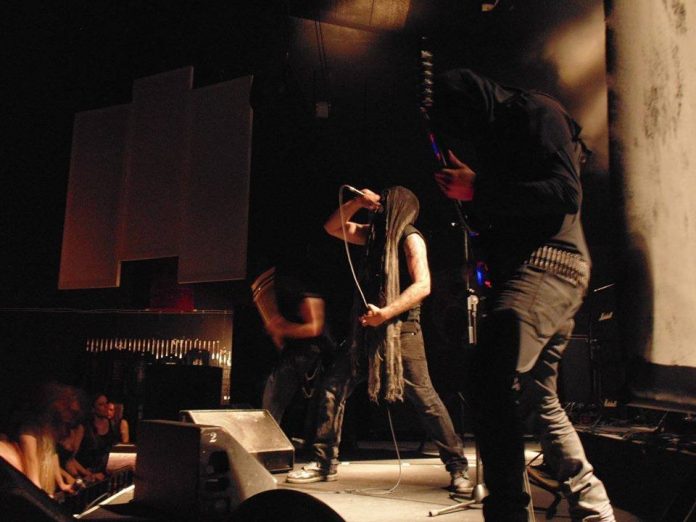 The Canadian black metallers are getting ready for album number two

Canada’s KAFIRUN celebrates the release of their second offering “Glorification Of Holy Death”.  Reckoned by them to be: “A complete devotion to the ever devouring darkness and perpetual emptiness. Fast paced and furious, the blast beats relentless, the vocal shrieks blood-curdling, and the guitars a razorblade tornado.”

They are evidently thrilled. They tell us: “The compositions are majestic in the sense that visions of the underworld’s minions bowing in eternal servitude are conjured, and the delivery might work as the soundtrack for a carpet-bombing run. Black metal with poise, imagination and craft. “

Recorded by Chris of Horamorior Studio

Kafirun was summoned in Vancouver BC Canada in 2014, the birth place of legendary band “Blasphemy”. After the release of the EP Death Worship, Kafirun have received very positive and strong responses from the local and global underground scene.