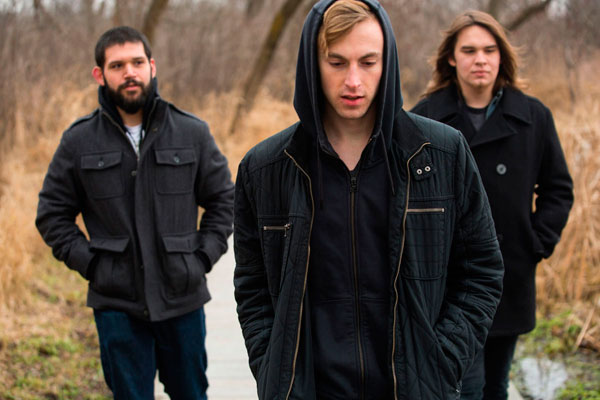 Chicago Noise rockers out to make a splash next month

The hills may be alive with the sound of music but the world is about to be sucked into the kinetic frenzy that is Lower Automation. The Chicago trio create an unpredictable and dynamically invigorating collage of experimental punk; rock ‘n’ roll alive with the creative paradoxes of mathcore and the insatiable cantankerous fever of noise rock. What emerges is something dramatically unique and voraciously hungry to push itself to new limits; a powerful sound poised to explode upon the senses through debut EP “Maps”.

Having its seeds in Chicago experimental/post-rock band Counterfeit i through Lower Automation founder Derek Allen, the band is poised to take 2016 by the scruff of the neck with their seemingly dissonant, but expertly sculpted collusion of contrasting textures and off-kilter invention. Derek, Brian, and Matt weave the experimental flavours and aberrant imagination at their command into songs which seduce through angular discord-bred melodies whilst captivating bodies with atypically sculpted rhythms.

Recorded with Sanford Parker (Pelican, Wovenhand), “Maps” is a simultaneous infestation of ears and psyche by a band hungry to infuse modern rock ‘n’ roll with the individualism and creative heart which many will argue it is lacking. With a clutch of shows across a host of states to coincide with its introduction, “Maps” is the first inescapable spark to the sonic fire that is Lower Automation.