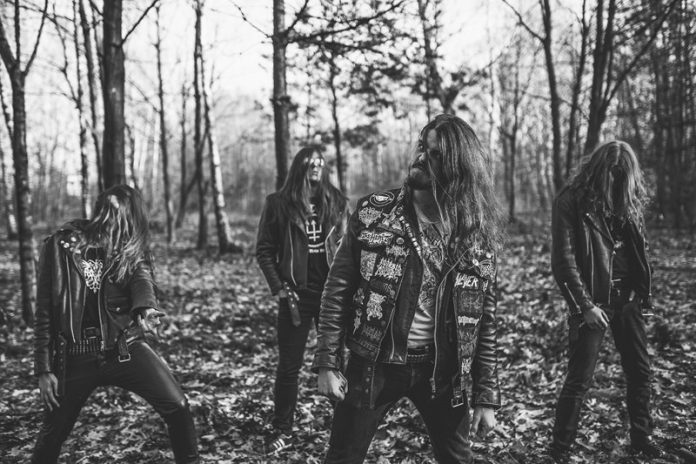 Polish death metallers who forged their own sound

Born of fire and chaos, a ruthless horde from Poland was founded in 2012, when four maniacs fueled by unholy spirits of such cult acts as Morbid Angel, Bathory, Dissection and Destroyer 666 decided to forge their own version of death metal with influences of black metal scene.

Since releasing “Legacy of Astaroth” demo and well-received EP “The Abyss” the band played numerous concerts, and tours with Infernal War, Outre, Christ Agony, Nomad, Inferno or Arkona. Poland always was the motherland of extreme metal, and this time her next child MORTHUS is ready to spread chaos and blasphemy worldwide.

The next level of their four-year activity is „Over The Dying Stars” album will be released via Witching Hour Productions as a 12” limited vinyl, digipack, limited cassette, digital and t-shirt bundle.