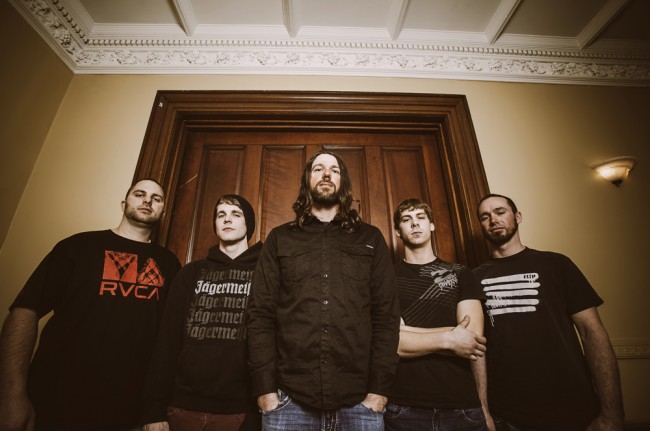 Their new record is out in a couple of weeks, here’s Odium in a nutshell

ODIUM’s goal is to write heavy and melodic music, while constantly developing their style from album to album. The instrumentals lend their tone and energy to invite more versatility in the vocals in each song. Their passion for performing live and incredible stage energy has allowed them to open for Alexisonfire, The Agonist, Beneath the Massacre, Divinity, Moneen, and Fuck the Facts.

The lyrics invite listeners to take a journey through despair, while the bass and drums drive the rhythm, the guitars straddle the line between pure aggression and melodic riffs. For ODIUM there has always been a pattern of evolution over the past few years that allows them to continuously create multi-genre influenced music. The band is comprised of Joe Mullen, Jake Fortney, Andrew Fullerton, Bo Louther, Marc Dobson, who have come from various bands such as Archaea/Willfall.

The bands name is defined as ‘disgraceful hate’ however after the past 10 years they have come to see the band name relating directly to perseverance. ODIUM has a foundation of trust which creates a bond likened to that of a brotherhood. The dedication and teamwork within the band is based on respect, and because the internal bond is so strong they are able to create a meaningful connection with fans.