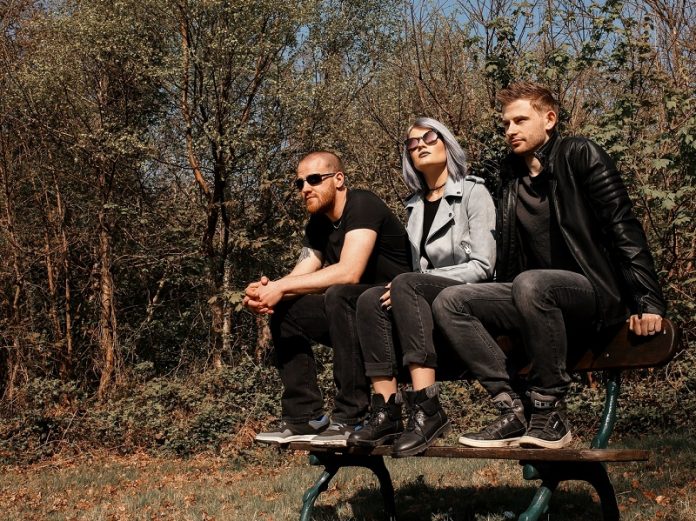 Pulling from many areas of rock and alt-metal, stemming from Stone Sour, Coheed and Cambria, through to Don Broco and Paramore, ORESTEA are making all the right noises and are marching forward full steam ahead.
With a potent rhythm section, infectious and soaring vocals and imaginative guitar work, the band will break out to the masses this year.

Formed in Guildford, ORESTEA have ploughed their way through a plethora of venues throughout the country with a series of blistering performances playing alongside Ashestoangels, Forever Never, ESO and Wednesday 13. Impressive sets at prestigious festivals such as Bloodstock, Download and Guildfest have also further enhanced their formable live reputation. The band’s recording output has been notable; their last EP, This is An Overture, gained a slew of support from many media outlets, as well as helping to build a dedicated fanbase.

After the gains of This Is An Overture, ORESTEA decided to take some time out in order to create a new record that would be expansive, diverse and engulfing, but would still adhere to ORESTEA’s trademark sound. The band certainly fulfilled their manifesto with their new album, Elements. Self-written, produced and recorded, and oozing ten killer cuts that command your attention, the new record captures the group’s continued progression and development. The opener Welcome To Surviville stamps its authority on the album with its soaring vocals and thoughtful soundscapes that ideally compliment the ensuing clashing guitars. Their current single and the album’s namesake, Elements is destined for the airwaves as it cleverly binds melodic riffs and vocals to supreme effect. The gloriously tuneful Alive Or Just Existing https://www.youtube.com/watch?v=MbVWFCuIlAw&feature=youtu.be will be impossible to remove from your senses once it sticks, while the monstrously anthemic Got Your Back portrays the band’s energy and infectious guile in equal measures. With show announcements on the horizon, there’s nothing stopping ORESTEA.