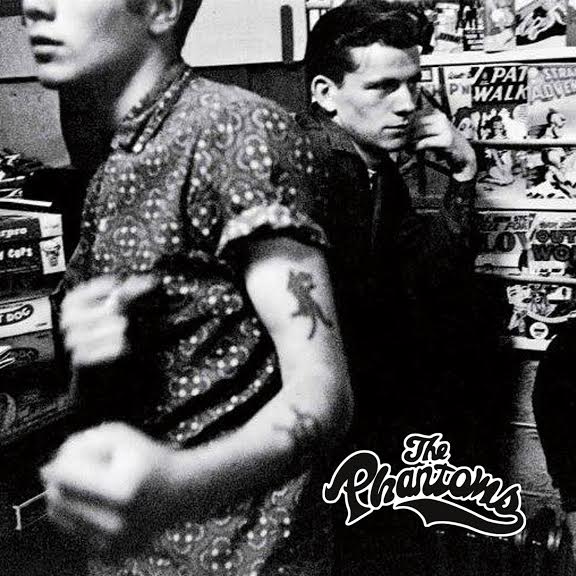 Rock n roll is snarling again
Fronted by lead vocalist, guitarist, and songwriter Victor Penalosa (yeah, those Penalosas — from the seminal West Coast punk band the Zeros) and who also just happens to be the drummer of reunited rock icons the Flamin’ Groovies, The Phantoms play rock and roll in its purest, most lethal form. Dangerous in their approach, yet cool to the ear, their classic sound evokes comparisons to T-Rex, The Plimsouls, The Hoodoo Gurus, and yes, the Stones. Their timeless approach is drenched in Chuck Berry riffs and the straightforward energy that recalls the days when rock and roll was still wild, menacing, and FUN.
The rest of The Phantoms are veteran players as well: Xavier Anaya (lead guitar/The Trebles/The Hoods); Chris Iandolo (bass/Dizzy); and Ed Masi (drums/Ghosts of California/Sleeping Cranes) — a band of confident performers who raise the bar every time they hit the stage.
The Phantoms swagger through their 11-song Rum Bar Records debut with arena-headlining energy, with songs like the anthem “Tears Me Up Inside” and the 70’s punk stomp of “Ditch Digger”. “Stab My Broken Heart” kicks KISS-inspired ass, and the opening track and lead-off single “Baby Loves Her Rock and Roll” plows you over like a long-lost Paul Collins Beat song in overdrive.
Charismatic. Snarling. Fun. The Phantoms are for real.
Full Album Stream:
https://rumbarrecords.bandcamp.com/album/the-phantoms