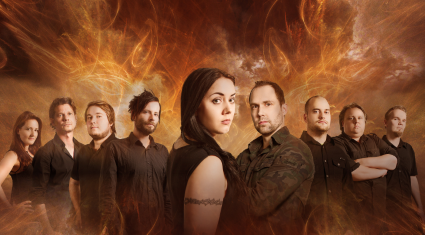 Ravenia was formed in Finland during 2013 by vocalist Armi Päivinen and guitar player Samuli Reinikainen. In 2014 the band released the two-track Wingless EP.

After the release of the EP Armi and Samuli both felt that they wanted to do something else than the traditional symphonic metal they currently were doing with Ravenia. The goal was to create music that combined metal and film score music as Armi and Samuli were both big fans of both genres.

They started to search for members and composing music for their debut album, and soon the Ravenia lineup was completed. Late 2014 they entered the Lunamy Creations Studio and started to record their debut album “Beyond The Walls Of Death”. The album was then mixed by Nino Laurenne [Wintersun, Battle Beast, Ensiferum] at Sonic Pump Studios and mastered by Svante Forsbäck [Volbeat, Sonata Arctica, Apocalyptica] at Chartmakers. The album artwork was created by Jan Yrlund [Korpiklaani, Apocalyptica, Leah]. 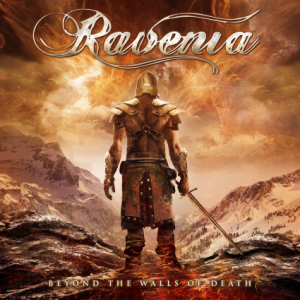 The result can be described as a path between massive orchestrations and the aggression of metal, that leads to an epic journey beyond this world. The sound of Ravenia is characterized by the massive orchestrations and the beautiful and emotional vocals from Armi and can be described as a mix between composers like Two Steps From Hell and Hans Zimmer, and metal bands like Nightwish and Epica.

Close your eyes and let the music of Ravenia capture you, and bring you into another world of death, war, honor and hope.