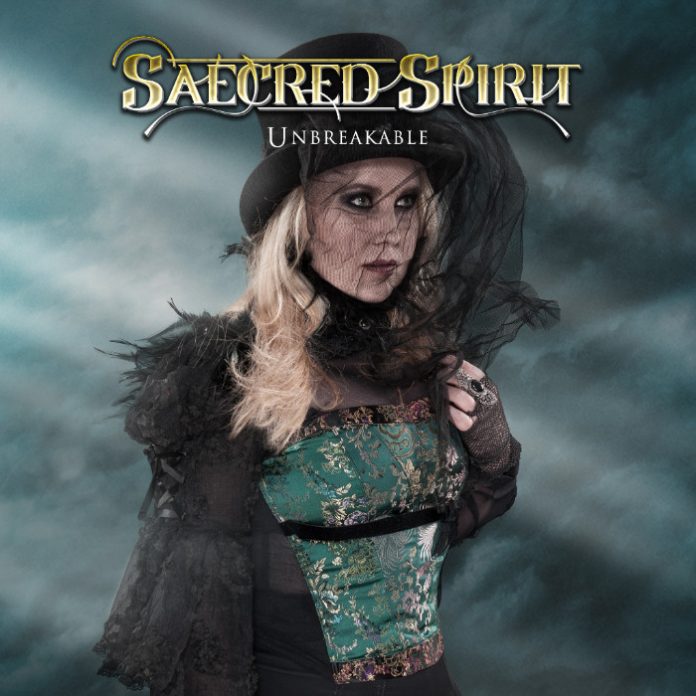 The year is 2024 … For several billion years the universe has been governed by forces of equal strength and gravity, and equal parts good and evil. But times are about to change with the discovery of a previously unknown massive black hole in our solar system that threatens to devour everything that ever was and ever will be.

As the spiral of dark matter and darkness continues to rotate and close in on the fate of existence; hope is not lost with the unveiling of: “The Ashen Bridge”; a gateway to salvation created in the dreams of the young; the innocent children of the world that know no selfishness, only love.

When they cry out for help at the brink of destruction; somebody actually listens; her name is “Anuviel”.

“SAECRED SPIRIT” is a musical adventure from one of Sweden’s best kept secrets. It is an exciting journey that tells the story of Anuviel – a female emissary of light from a parallel world very close to ours that has been made aware that humanity is on the verge of destruction. The truth is even more disturbing; she soon finds out. The world has been dying for a very long time, burdened by the cacophony of tormented souls and the dissonance of species longing for a home of love and warmth.

Anuviel is a harbinger of life; a guardian of the very essence of time and space, and as such, a being that is eternal; keeper of the secret key made of sound that opens the gates that lead from The Ashen Bridge to any place in the universe. With such power, comes great responsibility and great danger; so she has to hide her inner light – veil her eyes, from forces that want nothing else than darkness to reign.

Faster than any light or thought, Anuviel – is a messenger of hope and strength. Her own sacred steed is a unicorn with the ability to “sing” and enlighten the world that unity of spirit brings the gift of music.