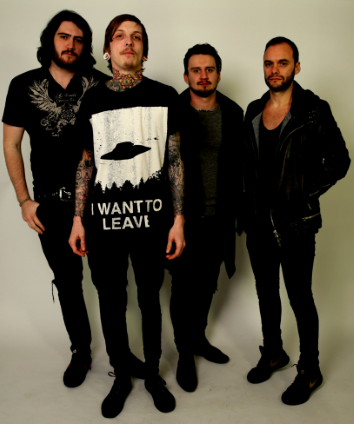 Fiery UK Alt-rock unit, Saint Apache, release their blistering new EP ‘Wolf Machine’, through all platforms on Friday 21st July.
Saint Apache are a highly intriguing angular alt-rock quartet hailing from Eastbourne, England. Pulling from an array of influences, ranging from the venom of Every Time I Die, to the swagger of Buckcherry, and the political potency of Rage Against The Machine, the south-coasters churn out compelling monolithic guitar riffs, distorted bass, hard-hitting drums, and an aggressive gritty edge, served up by Thom Meredith’s super charged vocals.

Formed in 2015, and already widely noted for their raw, in-your-face, and captivating sound, Saint Apache have an army of dedicated followers. With a huge desire for touring and playing as many shows as possible, the rising riff slingers have carved out a hefty reputation for themselves for their intense live shows. As well as making strong inroads on the live scene, the energetic alt-rockers are also making waves for their recorded work. In 2016, they released their self-titled debut EP, which helped to place the foursome on the map, notching up warm praise from the underground. 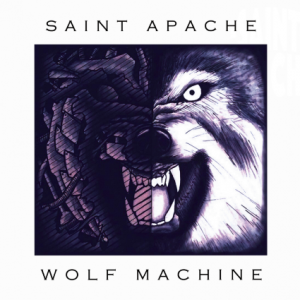 Now, Saint Apache are set to blow everything out of the water, with the release of their sophomore EP, Wolf Machine, which arrives this Summer. Compressing four chucks of highly engaging full-frontal alternative rock, the band’s new EP is a true benchmark. Instantly, You’re Not A Slave blasts into your ears with its spiky rhythms and twisted phrasing, pinning the listener into submission. While their new video single, The Story Doesn’t End Here is simply overflowing with infectious groove, whiplash riffery, and slamming thrusts of vigorous edgy rock. The pace increases in velocity for Halfway Dead as, washing over you, the track delivers a full-on adrenaline-fuelled shot of raw ETID-esque punk that stomps and pounds all over your senses. The EP’s namesake, Wolf Machine, finishes off the record in supreme style striking you with hammer-jack blows right from the very first bar. Plug in and soak it up; Saint Apache have arrived and they will not go quietly.