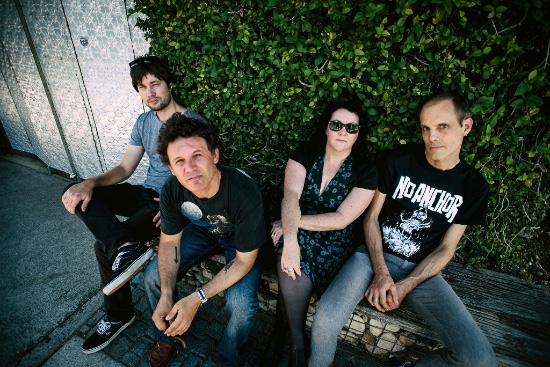 Rogue Wave Records – the newly established imprint from the people behind Ripple Music – is thrilled to announce the release of it’s inaugural venture into the world of alt-rock, psychedelic pop, post-punk and garage. Ladies and gentleman may we present to you, Pop Guilt by The legendary Brisbane-based noise pop/indie rock band Screamfeeder.

Lovers of loud and beautiful music since the day they were conceived, Screamfeeder have been compared to all the greats; Husker Du, Dinosaur Jr, Guided By Voices and The Pixies, and this year they mark a return to the alt-rock fold with one of the best guitar-pop albums you’ll likely hear in 2017.

These Brisbane indie heavyweights have always been one of Australia’s most-loved bands, capturing the hearts and ears of music lovers everywhere with their blissful brand of melodic rock. They’re the band every Australian grew up with, whose songs are imprinted into the DNA of any music-lover who came of age in the 90s and early 00s. A band that combines loud, joyous and chaotic music in a way that very few acts ever manage.

Now they’re back, better than ever.

Following the release of their debut album Flour in 1992, the band turned out a further five scorching albums, including the undeniably classic Kitten Licks in 1996. Taking a break from recording and touring in 2005 they continued to play occasional shows and tour Australia to armies of people still desperate to hear their music. In fact they’ve toured Australia too many times to count, not to mention the US, UK, New Zealand, Singapore, Japan, France, Germany, Switzerland and Spain. Live, they’re a non-stop whirlwind of high-energy heavy riffs, flailing feedback and pulse-racing bass. Raw, grungy, fiery, effortlessly skilful yet loose at the same time, their exuberant and joyful waves fill every space in the room with pure radiant youth and people singing every word as testament to the abiding quality of their music.

Released in Australia earlier this year, the album will receive an official worldwide on 23rd June 2017 via Rogue Wave Records. In the meantime you can stream and share the brand new video for lead single ‘Half Lies’ via Rolling Stone Magazine HERE