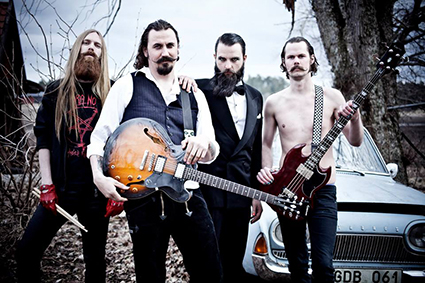 Last week we showed you their new video. Now its the history of Septekh

Hailing from Sweden in and around the Stockholm area the band started out in late 2008. The following year saw the recording of a demo which landed them a contract with American underground label Abyss Records.

A couple years on and the band had started playing shows and recorded two EP´s. It was during this time that Septekh relocated to Mörkö. This dark island would now be the base for rehearsals, studio productions and music videos.

And it bore dark fruit; in 2012 the band recorded their full length debut and in 2013 they released the grandiose video for “Burn It To The Ground”.