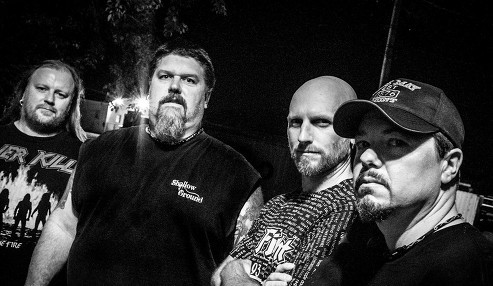 They’ve toured with Diamond Plate and Lazarus AD, and their new album is out now

Hailing from Meriden Connecticut, Shallow Ground is a four piece thrash metal band originally formed back in the mid nineties. Comprised of 4 like- minded individuals with a passion for playing loud aggressive brain rattling music, the band is aiming to spread their brand of thrash metal to the masses. After taking a few years off, vocalist/guitarist Keith Letourneau & guitarist Tim Smith came together in 2009 with new members Nick Ziembicki & Kurt Ragis to record their self titled EP.

In 2013, the band signed a deal with Killer Metal Records , released their full length debut The End Of Everything and played The Warriors Of Metal pre-fest in Columbus Ohio. 2013 also marked the departure of Nick Ziembicki & new bassist Nick Persico entering the fold.