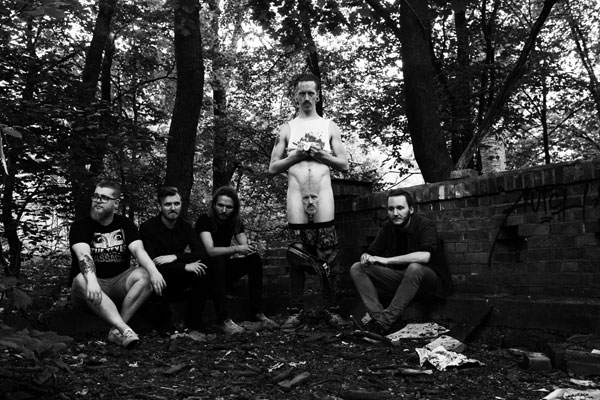 Best band name? Possibly. They may not be totally sane mind you. And the video on this piece is disgusting (you have been warned)
Shaving the Werewolf is an experimental-metal/noise-rock of five from Oslo, Norway.
Since their inception in 2010, the group have released two EPs that quickly garnered them attention from both fans and critics, “Your Head is a Toilet” from 2012 and “You Say Tomato, I Say Fuck Off” from 2015.
The Norwegians wasted no time in crafting new material and are ready to launch a crushing new EP on the world titled “The Pissing Link”, which is set for release on December 5th via Negative Vibe Records.  Featuring four new songs, “The Pissing Link”, not only sounds completely monstrous and twisted, brimming with crushing riffs and psychotic rhythms, but it also represents their most complete and sharper work to date.
https://www.facebook.com/shavingthewerewolf
http://www.negativevibe.net
https://www.facebook.com/negative.vibe.records