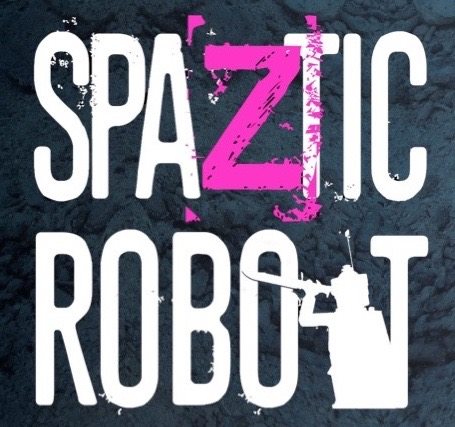 West Mids crew with a new album out. Main man Robbie Sparks tells us all about it

Spaztic Robot is a mongrel.

It’s a mixed breed. It’s the bastard son of a thousand albums, hundreds of novels, and the little devil that hides within the darkest crevice of one’s mind. “On an empty sunny day in 1990, when I was nine years old, I saw two dead dogs. Each at opposite ends of the same street. One was big and brown, the other small and grey. Both greeted me with the exact same pitiful manner. Their sunburnt tongues bathing on the gravel gave the illusion of salmon rising from black tar rivers. As the odour began to rise with the dusty heat, I felt like I’d snorted fizzy pop. I chucked up. Through teary eyes I scanned the motionless street in which I stood. Nothing. Nothing but ugly new houses.

“Ugly new houses with identical square gardens laid out in front of them. I wasn’t to know it at the time, but Spaztic Robot was born at that very moment. With no evidence offering itself to the mystery of the dead dogs, my nine year old self began to piece together his own chain of events…a different one lending itself to each house on the street. I was convinced that behind the bricks and mortar of one of these seemingly inconspicuous houses lay a dirty little secret.

New album “Skip Rope Rhymes”was created in the same vein. It’s a gathering of characters and stories. Characters and stories that could all easily exist, in one street, behind the closed doors of ugly new houses with identical square gardens laid out in front of them.” After his Punk/Rock band Rebel City Radio was put on ice in 2014, Robbie Sparks turned his attention to the Spaztic Robot project, and through begging, borrowing, and stealing, managed to piece together a home studio and make a record.