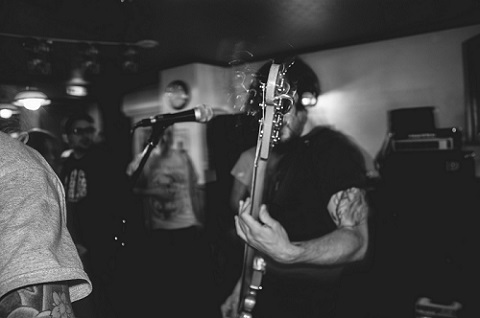 French emo mob looking to gear up
Founded around 2010 in the Lyon area (France), Sport is a four-piece indie-punk band which recorded fastly its first effort with its ‘Demo’ released in 2011. About a few months later, Sport released its debut full-length record (‘Colors’, 2012) with the help of various indie labels such as Adagio 830, Ruin Your Fun, Hip Hip Hip Records or Voice Of The Unheard before to take the road in order to play a bunch of gigs all over the French country but also in the foreign territories.
Less than two years later, the band unveiled its second album with ‘Bon Voyage’ (2014) released through about 25 labels (Adagio 830, VOTU, Don’t Trust The Hype Recordz, Guerilla Asso, Impure Muzik, La Tête d’Ampoule…).
Check tomorrow lunchtime for more news