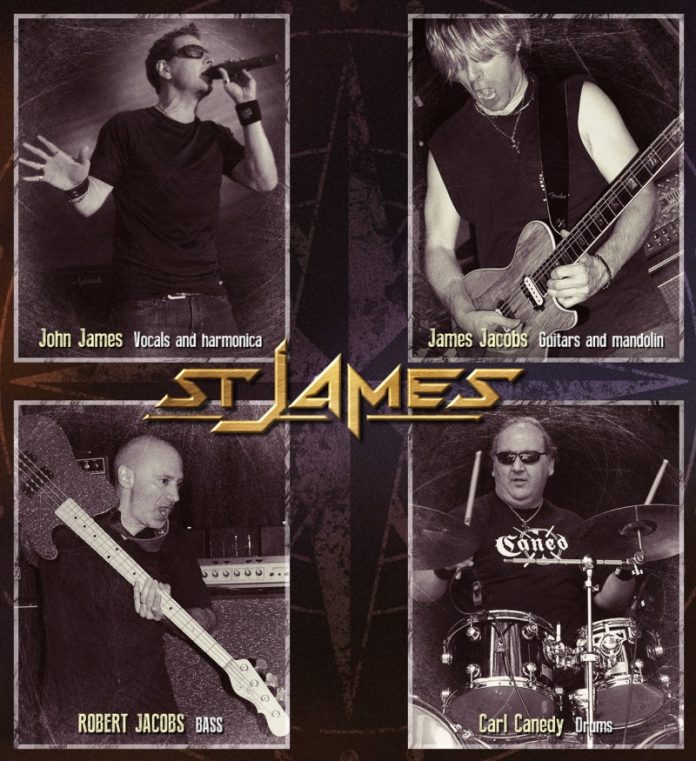 Good things come to those who wait….

It was frustrating as hell. Like having a dirty little secret you want to share with everyone yet can’t tell anyone.” Carl Canedy, March 2016

Now, twenty-five years after having the idea, with the pending release of his band, St. James’ new record, Resurgence, the well-known drummer/ producer is letting that dirty little secret out.

“Back in the nineties I was the drummer for the band St. James. We wrote and recorded a ton of songs. I played drums on every track. And we were about as tight as any band I’ve been in.” Canedy tells us.

It started when guitarist/ songwriter, Jimmy Jacobs, along with his brother, Robert Jacobs on bass and singer, John James put together a five song demo.

“I knew of Carl as the drummer for The Rods. When I heard of his work as a producer, particularly with Anthrax, I sent him the songs.” says bassist, Robert Jacobs. “Before we knew it we were in an Upstate New York studio.

Canedy’s drumming and production skills proved to be a perfect fit. The four became fast friends and in the studio, creativity exploded. In that first session, five songs quickly turned into ten. And in no time at all, the group had amassed a huge catalog of material.

But just as the band thrived in the studio, when it came to touring they had hit a brick wall.

Canedy’s skills as a producer were in high demand and with a steady flood of obligations, there was no way he could take off on an extended tour.

“It was a drag. No matter how much we tried, the schedules never lined up.” singer John James adds. “We had to get out and play these songs but at the same time we didn’t want to say that our real drummer couldn’t make it. So we kept Carl’s playing a secret and used several different guys to fill in for the live shows.”

The band went on to develop a huge following but still felt there was never the same energy as when the core members, the one that had put their blood, sweat and tears into creating the songs, had played together.

Until recently, when Canedy stumbled onto a cache of old St. James recording.
“I listened to a bunch of the songs and felt like this stuff was just too good to never be released. The writing, the playing, the production, even after all this time they still hold up.”

This time everything fell into place perfectly. With just a few phone calls, all four original members of St. James were on board and wheels were set in motion.

Now, twenty-five years later, the dirty little secret is out. With seventeen newly remastered tracks, St. James’ Resurgence is about to be released..

And what of the prospects of Jimmy, Carl, Robert and John finally taking the stage together for the first time?

“Whereas years ago things just never lined up for us, this time it’s all falling into place perfectly. It’s gonna happen. It really is, but that’s for the next story.” says Jimmy Jacobs with a broad smile. 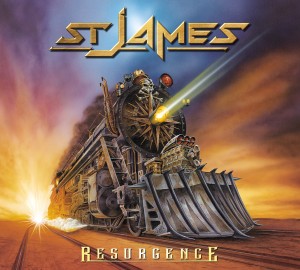