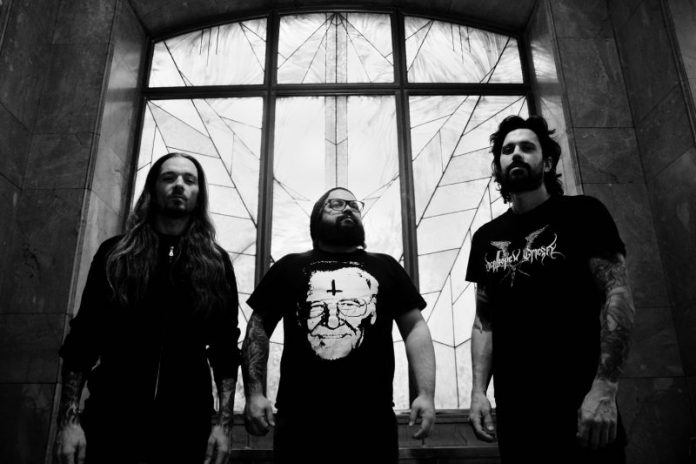 Canadian newcore merchants with a new record out

Teramobil first appeared in 2010 when Unhuman’s Mathieu Bérubé and Alexandre Dupras had some time off and started creating a new form of ”riffing” where different styles plus current would collide to structure themselves in a very distinct way for every individual song. Spending the first year gathering ideas and writing compositions, they started seeking a bass player to complete the instrumental trio. Bassist Dominic ”Forest” Lapointe finally joined during fall 2011. Being a frequent visitor of the pair’s famous jams, he proposed to start playing with them in order to bring a third vision to this musical exploration.

The trio recorded their first EP ”Multispectral Supercontinuum” in 2013 and supported it with a video for the release’s title-track along with multiple performances in the Montreal area along bands such as Cryptopsy, Gorguts and Animals As Leaders.

With their new album ”Magnitude Of Thoughts” coming out in late 2016, the band seeks to push the envelope further, still offering lots of variety, but with longer song structures, developing darker progressive ambiance while retaining a chaotic rock groove. On ‘Magnitude of Thoughts’, the three musicians have invited Gorguts’ Luc Lemay as second guitarist on the song ”Thanatonaut” as well as Augury’s Antoine Baril who played organ on the title track.