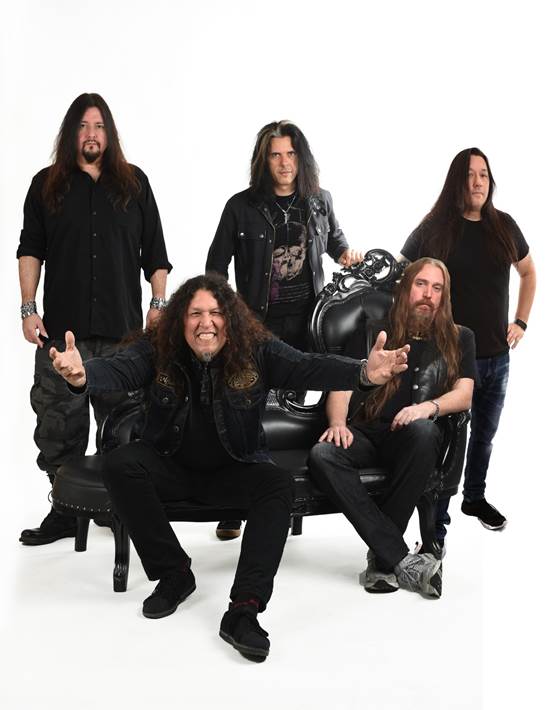 Legendary thrashers who need no introduction

Testament were one of the first thrash metal band to emerge from the San Francisco Bay Area in the 1980’s, originally formed as‘Legacy’ in 1983 by founding members Eric Peterson (rhythm guitar), Derrick Ramirez (guitar) and Louie Clemente (drums), the line-up included vocalist Steve Souza and Greg Christian (bass). Ramirez was later replaced by renowned player Alex Skolnick (lead guitar). Souza soon departed to join Exodus and suggested that the imposing Chuck Billy take over as frontman. The band became known as ‘Testament’ 3 years later while recording their debut album in Ithaca, New York. ‘The Legacy’ was a brutal introduction in 1987, putting Testament at the forefront of the flourishing thrash metal scene.

Following ‘Live At Eindhoven’, an EP recorded at Holland’s Dynamo Festival, ‘The New Order’ (1988) was very well received, producing one of the band’s most memorable classics ‘Disciples Of The Watch’. Next came the highly successful ‘Practice What You Preach’ (1989), then the release of ‘Souls Of Black’ (1990) coinciding with the famed European ‘Clash Of The Titans’ tour withSlayer, Megadeth and Suicidal Tendencies – which helped cement their place in thrash royalty.

Testament signed with Nuclear Blast in 2007 and have since released two critically acclaimed studio albums; ‘The Formation of Damnation’ (2008) and ‘Dark Roots Of Earth’ (2012).