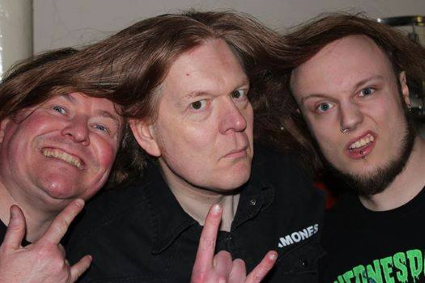 Brits with a new record next week

Although the band take their music very seriously, they’re not afraid to follow the lead of bands they grew up on, letting their infectious sense of humour shine through. This is reflected in the first single from the album, a song for anyone having a bad day, entitled “The Wheel Is Spinning (But The Hamster Is Dead)”.

Other songs deal with getting through tough times, dealing effectively with people you’d rather attack with a cattle prod, corruption in high places and trying to emerge from all of the above with your sanity intact, all summed up in the title track – ‘When One Door Closes, Smash A Window!’ 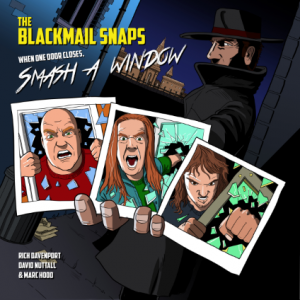 The album’s raw, stripped down production reflects the band’s live sound, and their down-to-earth attitude and in your face live performances have seen them garner enthusiastic responses from a range of audiences. They aim to carry on gigging extensively in support of the album throughout 2016.

They’re giving away a free MP3 track available from their website:http://blackmailsnaps.com/site/