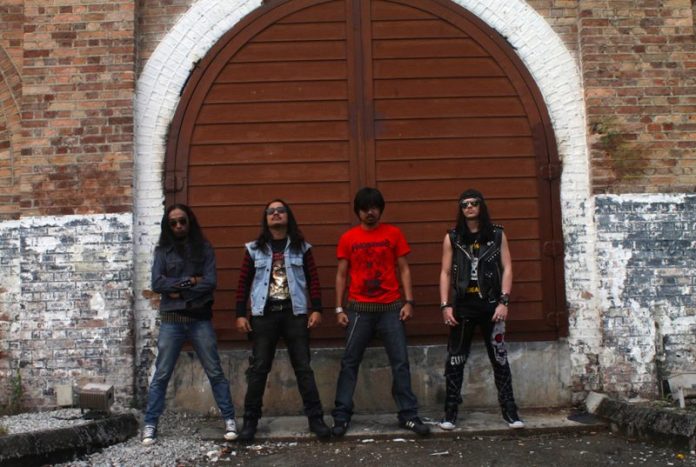 Malaysian band release new album
THRASHIT was founded in early 2011 near Subang Jaya city, a part of Selangor State Malaysia. The band was founded by Jorn (guitar/vocals) as a one man band project  in order to create some different style from other underground bands in Malaysia, influenced by a much more possessed and complete worship to the old German thrashing speed style. Imagine a mixture of thrash, heavy, speed, black and with a punk edge!
On February 26th WITCHES BREW released the debut full length album from Thrash Metal band THRASHIT entitled “Kaiser Of Evil”