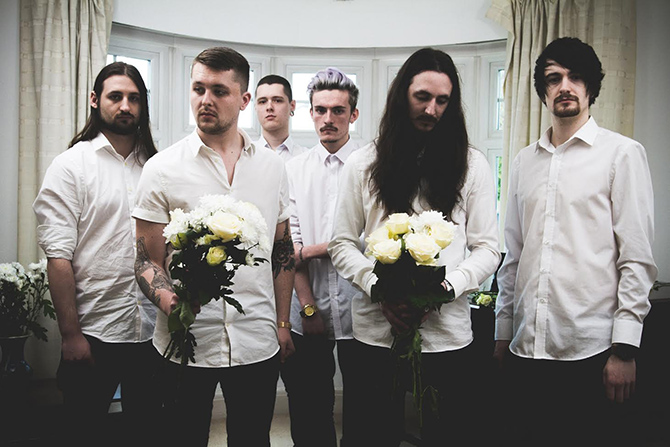 Ever since their birth in 2012, South Londoners VANITY (formerly known as ‘Vanity Draws Blood’) have been etching a name for themselves within the UK and European Metal Fraternity.

Expressing an amalgamation of brutal breakdowns,haunting soundscapes, and fiercely low-tuned instrumentation, the six-piece, fronted by two vocalists, strive and achieve to create something potently unique. With an unbridled reputation for delivering brooding and submerging atmospheric metal, the Brit metalcorers received notable acclaim for 2014’s debut EP, I Witness, which firmly cemented the band’s impending trajectory.  After a period of reflection, the diligent metal crew decided to focus on creating a series of works under the title, Perspective; the first of which was released in 2016 and entitled, Perspective // Dread. The highly regarded EP also contained the single, Anxiety, featuring CJ McMahon of Thy Art Is Murder.

VANITY now set loose Perspective // Empathy, and it’s a true marker in the sand. It is everything you should expect from a band that have exemplary output. The record opens with the strikingly poignant and magnificently evocative, Empathy, which is swiftly followed by the guttural attack of their current single, Tranquil (http://newnoisemagazine.com/vanity-tranquil-video/ ), highlighting the six-piece’s songwriting prowess and dexterous musicianship. Sorrow is a hefty slice of concise metalcore that viciously attacks your senses and Extrovert sees VANITY push the envelope of sound even further, incorporating intense duelling vocals, formidable riffery and melodic phrasing of the highest order. The magnetic and all-consuming Affinityrounds off the EP and only further outlines why VANITY are of the most exciting and original bands at the vanguard of the UK scene.