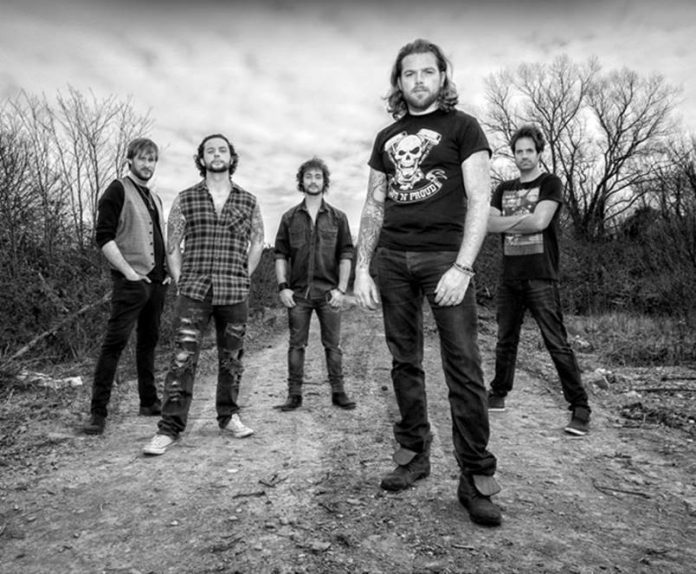 Formed in 2015, Wicked Stone wasted no time in establishing themselves as one of the UK’s hottest up and coming acts.

Months spent in the rehearsal room honing and perfecting their sound has culminated in their upcoming album, ‘Ain’t No Rest’, due October 7th.

With a sound that references some touchstones of classic rock but with an unmistakable modern edge, ‘Ain’t No Rest’ is hard-hitting and hugely melodic, an assured and powerful statement of intent from a band that is ready to make their mark.

Built around the impressive vocals of Joe Hawx, the band, bolstered by guitarists James Forrister and Ryan Stageman, bass player James Amos and Olly Smith (a drummer that spent time touring the world opening for Iron Maiden as a member of the Lauren Harris band alongside Judas Priest guitarist Richie Faulkner), Wicked Stone are a formidable live act, thriving on the interaction between band and audience. Ensuring that their live shows are fun and exhilarating and most importantly unforgettable!

The band has appeared across the country, winning over audiences everywhere, none more so than at their acclaimed appearance at the prestigious ‘Ramblin’ Man Fair’ in 2016.

With ‘Ain’t No Rest’, Wicked Stone will be hitting the road in support of the album and plan to be the living embodiment of the album title, catch them in a town near you!